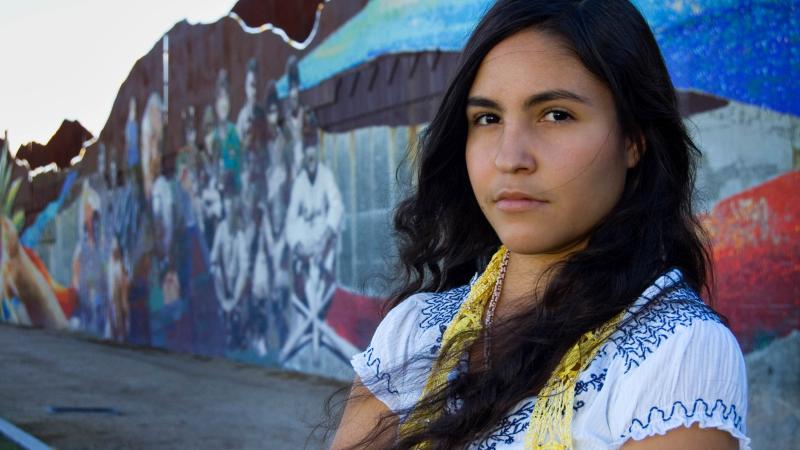 A bittersweet victory was handed to Tucson teachers Jose Gonzalez and Curtis Acosta five years after their pioneering Mexican-American Studies program was shut down by Arizona lawmakers. In August a federal judge ruled that their classes and others like them are legally protected.

The classes focused on the lived experiences of Hispanic students and aimed to deepen their understanding of historically-marginalized groups. Republican lawmakers had claimed that these courses stoked racial tensions and "radicalized students." U.S. appellate Judge A. Wallace Tashima ruled that their 2012 ban on Mexican-American Studies was unconstitutional, as "both enactment and enforcement [of the ban] were motivated by racial animus,” reports Julie Depenbrock for NPR.

In the years since the ban, courses like Gonzalez’ and Acosta's have only grown in popularity, with similar programs rolling out to schools in Oregon, Kansas, and Indiana. “We were practicing culturally relevant pedagogy before it was in vogue,” Gonzalez told Steve Paulson in a recent interview for To The Best Of Our Knowledge. Gonzalez and Acosta explained the origins of Tucson's Mexican-American Studies program—and how their personal histories in school led them to teach these courses.

A Personal History Missing From Textbooks

Gonzalez has taught history in the Tucson Unified School District for the last 25 years. He says his father inspired him to become a history teacher: “My father is an avid reader and loves history. He would often share stories when we were driving to Mexico about the mountains and the rivers that the indigenous people told. I always loved history.”

Despite Gonzalez’ passion for history, he felt profoundly disengaged in a high school history class. "My junior year of high school, I had a teacher, Mr. Johnson. This guy would just read to us," says Gonzalez. "And I remember I raised my hand one day and I said, 'You know Mr. Johnson, we can read.' He would sit and read to us and obviously we'd all fall asleep." Gonzalez is appalled that such poor teachers were allowed to preside over classrooms. "I look at that as educational malpractice. It was one of my motivating pieces to become a history and political science teacher."

Acosta taught literature for 18 years in the Tucson public schools. He says that his experience growing up in the Bay Area made him recognize the importance of seeing your personal history reflected in the classroom: "I'm biracial. My parents met and fell in love in high school. My dad is Chicano; my mom is of European descent. So my experiences were of erasure. My Chicano side, my dad's side of the family, was non-existent as far as in schools."

Tucson’s Mexican-American Studies program — also known as "la Raza Studies" — was founded in 1997 to create an intellectually engaging space for students alienated by conventional coursework, with the hope of increasing the graduation rate of Chicano students.

Every year, Acosta would assign "Indian Education," a short story by Sherman Alexie. He asked students to respond to the prompts "when have you felt disengaged from school?" and "when have you felt similar to the character?" Students would immediately identify experiences from their own lives where they felt marginalized or discriminated against, and shared them with their classmates.

"We were able to build trust right away, so our students were able to recognize that this was a different space," explains Acosta. “We were trying to humanize that space and make our students understand that the knowledge they gained outside the classroom, in the home and the community, was just as powerful as the knowledge and skills we were focusing on inside the school.”

Jose Gonzalez summed up their approach with wisdom from his grandmother: "In Spanish, she said to me, 'You want to work with kids? That's beautiful. You have to first touch their heart in order to work with their minds.'"

Clashes With Lawmakers, Despite Results

The program has its origins in a community movement that led the Tucson city council to seek ways to boost Latino student achievement and reduce dropout rates. As reported in the documentary Precious Knowledge, the school board determined that the best option was voted to create a "Hispanic Studies" department, renamed "Mexican-American/la Raza Studies, in 2002. The classes were open to all students at six high schools in the Tucson Unified School District.

Despite the program’s success, the Mexican-American Studies program encountered fierce pushback in 2010. Leaders from the Arizona Superintendent of Public Instruction— first Tom Horne, and, later, his successor John Huppenthal—criticized the content and pedagogy of the program.

"The fear is you're breaking away from those traditions that we know resulted in freedom, that we know resulted in prosperity. There's a real fear. When we see books like 'The Pedagogy of the Oppressed.' That's Marxist, Leninist, collectivist. That's part of the fear that the people have about these kinds of studies," said Huppenthal in Precious Knowledge.

Huppenthal and Horne claimed that these courses divided students along racial lines and instilled “anti-American” sentiment. "If they want to pay for them on their own dime, in their homes, they can be as anti-American as they want. But they won't use my tax dollars to do it," said Horne in Precious Knowledge.

Sticking up for the program in public testimony, students clashed with lawmakers and these assertions about what they were learning. "It doesn't [??] to just to be anti-American. It teaches us to embrace America, flaws and all. But certain things like racism and oppression, they do exist. People that have graduated in these classes have said nothing but positive things," says one student in the film. "They figured out who they really are as human beings, they figured out how to handle situations to their best abilities. So does the word ‘anti-American’ isn't even relevant in our classes."

In 2010, the state assembly passed a law barring the program on the grounds that it was prejudiced against non-Hispanic students. By 2012, the program was shut down.

"To this day, here in TUSD, I'm having a hard time finding employment and moving up," says Gonzalez. He's still teaching in the district but the battle over the course damaged his reputation in the community. "There are people who really do think that we taught the overthrow of the United States government - and think that we're bad apples." Harder still, Gonzalez says students continue to ask him to resume teaching the coursework from Mexican-American Studies.

After a year of continuing to teach in the district, Acosta moved on to become a professor of education at the University of Arizona South. He went on to found the Acosta Latino Learning Partnership, which guides educators to teach in a culturally responsive way.

Now that their program has been granted legal protection, Acosta and Gonzalez feel vindicated but still scarred by their experience. While no one wants to be a martyr, Gonzalez says he recognizes the importance of what they went through with their students. "There's an old Mexican proverb and it goes something to the effect of "they thought they buried us and what they didn't know is that we were the seeds."