We Joke About Some Jobs Being BS. But Is There An Epidemic Of Pointless Work? 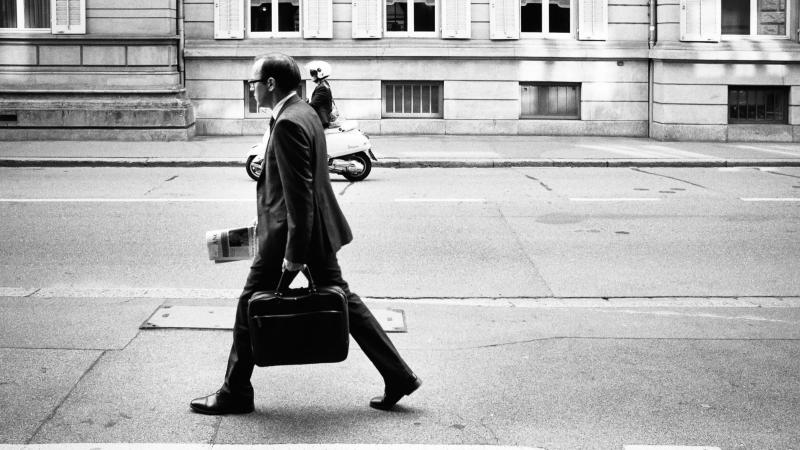 Anthropologist David Graeber delves into the phenomenon of “bullshit jobs" in his new book. It’s an ironic and unfair society, he argues, that pays well for meaningless managerial jobs while undervaluing people like nurses, bus drivers, and musicians who contribute to our world. Speaking from the London School of Economics, where he teaches, Graeber talked with Steve Paulson about the misery of the middle management class — and what we might do about it.

On What Some People Do All Day

David Graeber: They literally do nothing all day. Maybe they do work for an hour; otherwise they sit around making cat memes or updating their Facebook profiles. But they're actually getting paid really good money. They get paid much more than most people who are actually doing something.

DG: I went on Twitter and I solicited testimonies. "Have you ever had a job that was just completely pointless? That had no reason to exist? Tell me all about it." Overwhelmingly they were not in retail or services or anything like that. They were almost all office jobs. They were basically clerical, administrative, managerial, supervisory. One of the very common [descriptions] was: my job was to supervise people who don't need supervision.

DG: The mayor of a city was going to give [a worker in Spain] a special medal for long service, but they couldn’t find him. He said his boss didn't like him and wouldn't assign him any work. "I was supposed to sit there at the desk pretending to work all day?" he said. He became incredibly depressed and ended up asking a psychiatrist what to do — the doctor asked the man "what do you think would give purpose to your life?” And he said he'd always been interested in the 17th century Jewish philosopher Spinoza. So his psychiatrist suggested spending his time studying Spinoza.

He said he’d come in if there was an emergency, and just went off and became a Spinoza scholar.

Why Are We Insisting On Working Eight Hours A Day?

DG: The average medieval serf probably worked about four or five hours a day. It's historically unprecedented that people should be spending so much of their time working. Their nutrition and health are a lot better, but in terms of leisure, they had a lot more.

So, What’s the Solution?

DG: We’ve got a real problem the way society is structured. I point this out when we think about the robots taking our jobs. Why can't we just redistribute the jobs in a reasonable way so that everybody does a little and then we enjoy ourselves? We have a stupid system where you don't get any money unless you work. So we could change that. We could just give people the money.

There are many different solutions. You could try to shorten working hours. But I like that one that is called a universal basic income. It’s like language. Everybody contributes to this civilization, this culture, and knowledge. So why don’t we just pay everybody for that?

For Perspective, A Bit of Economic History

DG: The very idea of an economy only existed for the last few hundred years. If you go back to Shakespeare's time, people didn’t ask "what's going on in the economy?" That concept totally didn't exist. Having a separate sphere where people exchange stuff and has its own laws is a relatively new idea. Most people in history never would have imagined that you could sell people your time. The idea of wage laborers is bizarre and exotic from the perspective of most people who ever lived.