What It Means To Be A Permanent Outsider 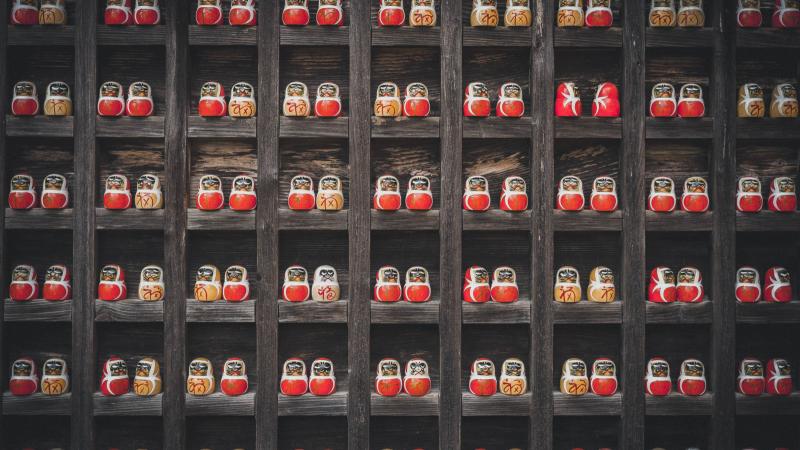 An extended version of this interview appeared in our podcast feed.

One of the finalists for the National Book Award this year is Min Jin Lee, for her novel "Pachinko." It's the sweeping story of four generations of a family of Korean immigrants living in Japan. The backstory is just as sweeping as the book itself — Min Jin was born in Seoul, South Korea and came to the U.S. in 1968, when she was seven.  She grew up in a working class neighborhood in Queens, New York, went to Yale and Georgetown Law School. But when she moved to Tokyo with her husband and young son, she learned that in Japan, even 5th generation descendants of Korean immigrants are considered “zainichi” — permanent outsiders.

Anne Strainchamps: When did you first learn what it means to be a “zainichi”?

Min Jin Lee: When I was a junior in college, I went to a lecture by an American missionary who had worked in Japan and he told a story about a little boy from his parish. When this boy was just 13 years old, he jumped from his apartment building to his death.  His parents were ethnically Korean but born in Japan, and when they went through their son’s things, they found his middle school yearbook in which his Japanese classmates had written, “Go back to where you belong,”  “I hate you,” and “You smell like kimchi.”  They also wrote the words “Die. Die. Die.”  That story just burned into my brain and I knew that someday I wanted to write about it.

AS: There’s a very large Korean diaspora, roughly 7 million people. There are Korean emigres in China, the US, Canada, Russia, and many other countries. What’s different about the Korean-Japanese?

ML: They’re entirely different from any other Korean population in the world.  In Japan today, there are actually three different kinds of Korean-Japanese. Most of their families have been in Japan for four or five generations. They were born and raised there, they speak perfect Japanese and have never been to North or South Korea. But some of them carry South Korean passports — even though they’ve never been there.  Some have North Korean identity cards, which means they’ve chosen to identify with North Korea and have gone to North Korean schools, in Japan, from preschool to university-level. And some are naturalized Japanese citizens, with Japanese passports. But no matter what your legal status, if you’re ethnically Korean, everyone considers you Korean.

AS: What are the most common stories of discrimination you heard?

ML: Every single person I spoke to had at least one instance in childhood of not being invited to a friend's house because of being Korean.  Most often, there was a romantic story.  “I fell in love with this person who is Japanese, but we couldn’t get married because he or she couldn’t be with a Korean.”  I would be thinking “Wow. Five generations in, she doesn’t speak a word of Korean — but she still can’t marry or date the person she loves.”

AS: Are there physical markers of difference that people look for?  I mean, how does somebody Japanese even know if someone is Korean?  (Is that stupid question?)

ML: It’s not stupid! As a matter of fact, I think about it a lot.  When it comes to Koreans and Japanese, it’s really difficult to tell the difference.  And the more time you spend in Japan, the harder it is to tell.  Whenever I meet people who say they can tell the difference, I call their bluff because I can introduce them to Korean-Japanese and they’ll say, “they’re Japanese.”  Nope.  You really can’t tell, because fashion, clothing, mannerism, can all be learned.

AS: This must make the experience of discrimination even more painful.

ML: Exactly.  Because imagine, someone likes you initially, but then they go, “Oh, I can’t like you, you’re Korean.”

AS: It’s a more personal form of rejection.

ML: And ethnicity is an immutable characteristic — you’re born into it, you don’t get to choose. I met so many Koreans who really didn’t like being Korean, which was shocking to me.  Because in America — and Koreans have been in this country for over a hundred years, they arrived initially in Hawaii and worked the sugar cane fields — in the myth of America, we really believe in having different kinds of people.  And in my personal experience, growing up in New York City, I've been treated incredibly well.  Even though I grew up working class, I had so many teachers and librarians who supported and encouraged me all along the way.  So it really shocked me to see Koreans treated this way in Japan.   And of course, if you go to law school as I did, you’re always slightly indignant about injustice, so I was like “that’s not right!”

AS: Isn’t there civil rights case law, as in the U.S?

AS: Do tensions between Japan and North Korea make conditions for Korean Japanese more difficult?

ML: Absolutely.  In 2002, Kim Jong-un's father admitted to Japan’s Prime Minister Koizumi that the North Korean government had been kidnapping people from Japan. The exact number is disputed but ethnic Koreans in Japan got punished because they were perceived as kidnappers and murderers.  So North Korean schools in Japan have been attacked viciously. Some right-wingers have been attacking kindergarten children and throwing stones at them. I don't care what you are but you can't tell me that a five-year-old has an ideology.