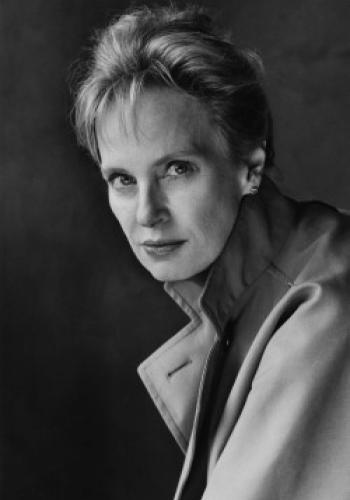 Siri Hustvedt was born February 19, 1955 in Northfield,a small town in southern Minnesota, to a Norwegian mother, Ester Vegan Hustvedt, and an American father, Lloyd Hustvedt. Most of her early life was spent in Northfield with her parents and three younger sisters, Liv, Asti [the scholar and author of Medical Muses], and Ingrid. She and her sisters attended local public schools. Ester stayed home with her children but later worked as a French instructor and in the library at St. Olaf College. Lloyd Hustvedt taught Norwegian language and literature at St. Olaf and was the first King Olav V professor of Norwegian Studies. He became Executive Secretary of The Norwegian American Historical Association, an unpaid position, to which he devoted four decades of his life. The Association was a repository for a vast archive of immigrant letters, documents, diaries, newspapers, recipes, and books, few of which had been put into order when Lloyd took over the job. He spent countless hours in Rolvaag Library at St. Olaf, documenting the archive materials. In 1966, he won the McKnight Prize for Literature for his biography of Rasmus Björn Anderson, a Norwegian American scholar and publisher. In 1980 he was awarded the Order of St. Olav, Knight First Class by the King Olav V. In 1985, he was the first American to be recognized by the America-Norway Heritage Fund for his contributions to Norwegian American understanding and for preserving the history of Norwegian immigrants in the United States. He died February 2, 2004. Ester still lives in Northfield.

Siri first visited Norway in 1959 when her mother took her and her sister Liv for a summer visit. In the academic year 1967/68, the family lived in Bergen. The four girls were enrolled in the Rudolph Steiner School and spent the following summer in Reykjavik, Iceland, where Lloyd was studying the sagas. In the autobiographical essay "Extracts From the Story of a Wounded Self," she describes her voluminous reading over that summer and her decision to become a writer. She continued her intensive reading and wrote poetry and stories during her high school years.

She worked for a year in her hometown as a bartender, saved money, and headed for New York City in 1978 to study English at Columbia University on a fellowship. She continued to write poetry, was a research assistant to the poet Kenneth Koch, a professor of English at Columbia, and worked at a number of odd jobs: waitress, researcher to a medical historian, department store model, and artist’s studio assistant. In 1982 she began teaching as a graduate assistant at Queens College. Her first poem appeared in The Paris Review The Paris Review in 1981.

Later that same year, she met the writer Paul Auster at a poetry reading at the 92nd Street Y. She married him on Bloom’s Day, June 16, 1982. In 1983, she published a small book of poems Reading to You with Station Hill Press.

In the spring of 1986, Hustvedt defended her doctoral dissertation on language and identity in Dickens: “Figures of Dust:A Reading of Charles Dickens' Our Mutual Friend.”The dissertation turned on Dickens' use of pronouns, metaphor,and images of fragmentation as they relate to a vision of the self, concerns that have continued to occupy Hustvedt in both her fiction and non fiction.In the dissertation, she drew on the work of Sigmund Freud, Jacques Lacan, Julia Kristeva, Emile Benveniste, Roman Jakobson, Mary Douglas, and Paul Ricoeur among others.

Hustvedt and Auster’s daughter, the singer-songwriter Sophie Hustvedt Auster was born on July 6, 1987.

After receiving her PhD, she turned to fiction and began work on her first novel, The Blindfold, two sections of which were published in literary magazines as stories and later reprinted in Best American Short Stories 1991 and 1992. The novel was published in the United States by the now defunct Poseidon Press in 1992 and was translated into seventeen languages.

She began writing about art in the 1995 when Karen Wright, then the publisher of Modern Painters asked her to choose a single painting in the exhibition Johannes Vermeer at the National Gallery in Washington. That essay “Vermeer’s Annunciation” argues for an interpretation of Woman with a Pearl Necklace as an Annunciation rather than a Eucharistic image, which permanently altered scholarly perceptions of the image. She has continued to write about visual art and, in 2006, published a collection of her writing on painting with Princeton Architectural Press, Mysteries of the Rectangle.She has continued to write and lecture on art. Essays on the subject appear in her essay collection A Plea for Eros, and the last third of Living, Thinking, Looking is devoted to art, as are a number of essays in A Woman Looking at Men Looking at Women.She has lectured at the Prado and Metropolitan Museums, an in January 2010 she was the Schelling Professor of Art at the Akademie der Bildenen Kunste (The Academy of the Visual Arts) in Munich where she delivered her lecture: "Embodied Visions: What Does it Mean to Look at a Work of Art?"

Hustvedt has had migraines and their accompanying auras since childhood and has long been fascinated by psychoanalysis, neurology, and psychiatry. Since the late-nineties, she has been immersed in neuroscience and the philosophical quandaries of the mind-brain debates. She began attending the neuroscience lectures at The New York Psychoanalytic Institute in New York and was subsequently invited by Mark Solms to attend the Mortimer Ostow Neuropsychoanalysis Discussion Group, which she attended for two years until the group was disbanded after Ostow’s death in 2006. She was a volunteer writing instructor for psychiatric in-patients at The Payne Whitney Clinic at New York Hospital for four years. In 2006, she suffered from violent shaking while delivering a memorial speech for her father, a symptom that became the subject of her book: The Shaking Woman or A History of My Nerves. The book is both a personal account of Hustvedt’s experience as a patient with an unexplained symptom and an exploration of the ambiguities of diagnosis through the lenses of medical history, neurology, psychiatry, psychoanalysis,neuroscience, and philosophy.

Since the publication of The Shaking Woman, Hustvedt has lectured on neuroscience, psychoanalysis, philosophy, and literature at international conferences. In 2011 she delivered the annual Sigmund Freud Lecture for the Sigmund Freud Foundation in Vienna. She has published her work in a number of scholarly and science journals, including Contemporary Psychoanalysis, Neuropsychoanalysis, Seizure: the European Journal of Epilepsy, Clinical Neurophysiology, and Suicidology Online. In 2013, she gave the opening keynote lecture at an international conference on the work of Søren Kierkegaard in honor of his 200th birthday at the University of Copenhagen. She is the recipient of three honorary doctorates: from the University of Oslo in Norway,from Université Stendal in Grenoble, France, and from Gutenberg University in Mainz, Germany.

In 2012, she received the International Gabarron Award for Thought and Humanities.

In 2015, she was appointed a lecturer in psychiatry at Weill Cornell Medical College where she gives a seminar in Narrative Psychiatry to psychiatric residents and junior faculty.

Hustvedt continues to divide her time between writing fiction and nonfiction.