How Do We Wrap Our Minds Around Bee Consciousness? 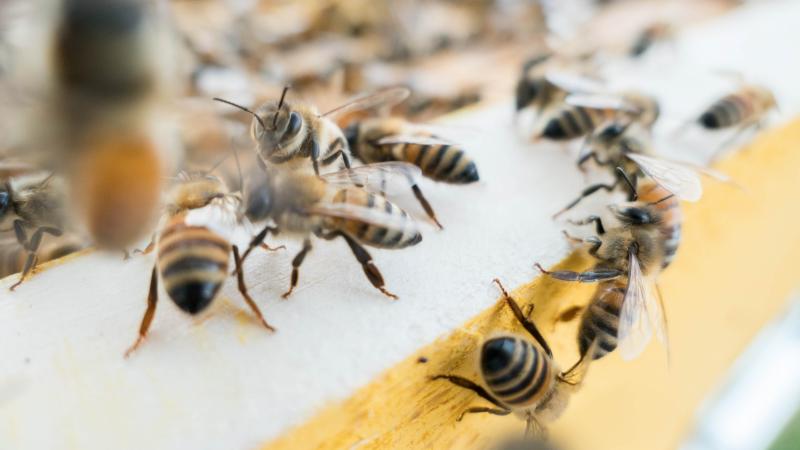 Bees are quite the intellectual insects, even among others in the animal world. Scientists recently discovered that honeybees have the rare ability to understand the concept of zero as a numerical value.

Christof Koch, a leading neuroscientist in the field of consciousness, describes the hidden complexity of the bee brain.

Christof Koch: Bees do very complicated things. We know that individual bees can fly mazes, they can remember scents. They can return to a distant flower. In fact, it can communicate with each other so they can communicate the best sauce location and quality of a distant food source.

Steve Paulson: And they do this with their waggle dance, right?

CK: Correct, they do that through a dance. They can respond to individual faces, they have facial recognition. They can learn...

CK: No, individual faces of their beekeeper.

CK: Yes. Evidence has showed that certainly they can recognize their beekeeper, so under normal conditions they would never sting their beekeeper because they recognize a combination of visual and olfactory cues.

Their brain contains roughly a million neurons. By comparison, our brain contains roughly one hundred billion, so 100000 times more. Yet the complexity of their brain is staggering. Per unit volume, their brain is obviously much less — I mean it's smaller than a piece of quinoa — but the complexity is staggering. It's ten times higher in terms of the density of our cortex. They have all the complicated components that we have in our brains, but in a smaller package. So there's no reason to presuppose there's something radically different about them.

So yes, I do believe — I try not to kill bees or other wasps or other insects any more — that it feels like something to be a honeybee. And it probably feels very good to be dancing in the sunlight. It feels very good to have access to some nectar and to be able to drink that and carry that back to the hive.

CK: I'm talking about the potential for sentience in individual bees. That's correct. Because a priori, there's no reason to exclude them. Why?

Because they don't have a human brain? Well that's completely arbitrary.

So it's very difficult on any fundamental grounds to presuppose that they are rather totally different from us. Of course they share a lot of the basic metabolism and a lot of the basic machinery of the brain they share with us. They have action potential, they have neurons, they have ionic channels, they have neurotransmitter dopamine. Just like we have, they have some of the same reward signaling that we have. Yes, they evolved from us 250 million years ago or something like that, but still we evolved with similar infrastructure.

SP: So brain size is not the be-all and end-all here of consciousness?

CK: That's entirely correct. There's no principal reason to assume that brain size should be the be-all and end-all.