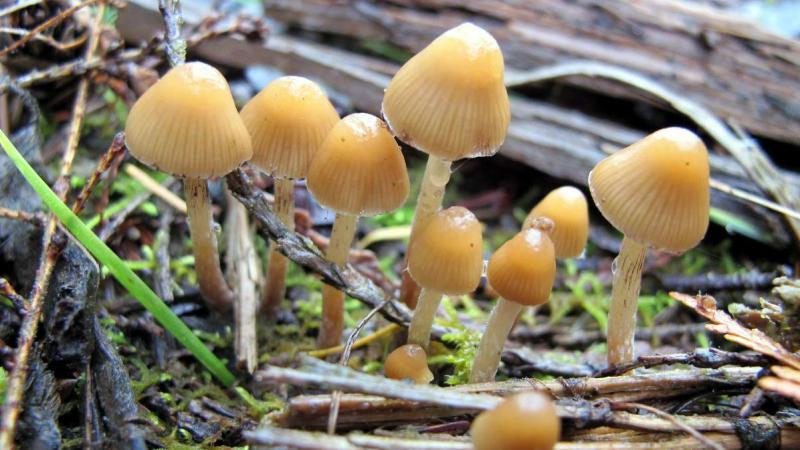 Not long ago, any aspiring scientist wanting to study psychedelic therapy was practically asking for their career to come to a screeching halt.

After the excesses of the 1960s — and an ensuing moral panic — psychedelic research was outlawed by the United States government for decades. But promising evidence from early research in the 1950s and 1960s — suggesting that psychedelic experiences had psychiatric benefits — was never quite forgotten.

"We came into this research 20 years ago, asking for permission to give a high dose of psilocybin to healthy volunteers, and that was a stretch for our culture," said Roland Griffiths, a psychiatrist at Johns Hopkins University. "When we initiated our study, it wasn’t even clear we could get approval. And there was a lot of push back at all levels of science and psychiatry."

In 2006, Griffiths published a landmark study of mystical experiences among people who had taken psilocybin, the psychoactive component in magic mushrooms. Seventy percent of the people in that study rated this as one of the five most meaningful experiences in their lives. Other scientists took note and launched their own psychedelic studies.

And today? "Psychedelic research is blossoming," Griffiths told "To the Best of Our Knowledge."

By now, Johns Hopkins has used psilocybin in nearly 700 monitored psychedelic experiences. Other universities, including New York University, the University of California, Los Angeles, and Imperial College London, have followed with their own clinical trials using psychedelics to treat addiction, depression and PTSD. And just last year, the U.S. Food and Drug Administration designated psilocybin as a "breakthrough therapy" for treating major depressive disorder.

Some experts predict psilocybin will become available as a legal prescription drug for depression within the next decade, or even in the next few years.

"Depression is arguably the major health problem in the world," said Charles Raison, a psychiatrist at the University of Wisconsin-Madison and the Usona Institute, a medical research group in Madison studying psychedelic therapies.

He points to studies showing the most popular antidepressants — selective serotonin reuptake inhibitors (SSRIs) like Prozac and Zoloft — only work for a quarter to a third of the people who take them, based on whether they have the right hormone receptors in their brain attuned to traditional SSRIs. By contrast, clinical trials observed by therapist Rosalind Watts at Imperial College in London suggest a single dose of psilocybin can be long-lasting to life-changing.

"What we did see in our study is that for some people, their depression went away for a long time (after a single dose) but for most people it came back after three or four months," Watts said.

So why is psychedelic therapy effective?

"The real answer is, we don’t know," Griffiths said.

But there are clues.

Brain imaging studies show the frontal cortex often shuts down during a psychedelic trip, so the brain’s default mode network — the planning and remembering component that shapes our sense of self, sometimes called our ego — is temporarily knocked out, which then unleashes all kinds of buried emotions. This can also lead to an ecstatic or mystical experience. Imperial College neuroscientist Robin Carhart-Harris described this process as a "reset" of brain activity.

"There’s pretty good evidence for the sprouting of new components of neuronal communication via exposure to psychedelics," he said.

"Think of the brain as like a snowy ski slope," she said. "If you always ski down the same paths, they get more and more rigid, and you get stuck in a rut. A psilocybin experience is a bit like a snowplow. It smooshes through these lines and then you can ski anywhere. And suddenly, you can believe all sorts of different things. People describe it as coming out of prison."

For all the promise of psychedelic therapy, this research is still in its early stages, and key questions remain about the proper dosage and how health care systems could manage such powerful, mind-altering drugs if they become legally available. These are not the kinds of drugs a psychiatrist can simply prescribe without therapists on hand to guide people through their intense experiences.

There’s also an ineffable quality to these experiences that almost defies scientific explanation.

Raison believes a mystical experience isn’t necessary to gain the desired therapeutic effects, but an experience inducing "a sense of meaning and purpose is probably required," he said. "All of a sudden you realize, 'Oh, I’m part of something larger. My life has meanings I didn’t see.' And that’s a very powerful antidepressant."