'I Am Because We Are': The African Philosophy of Ubuntu 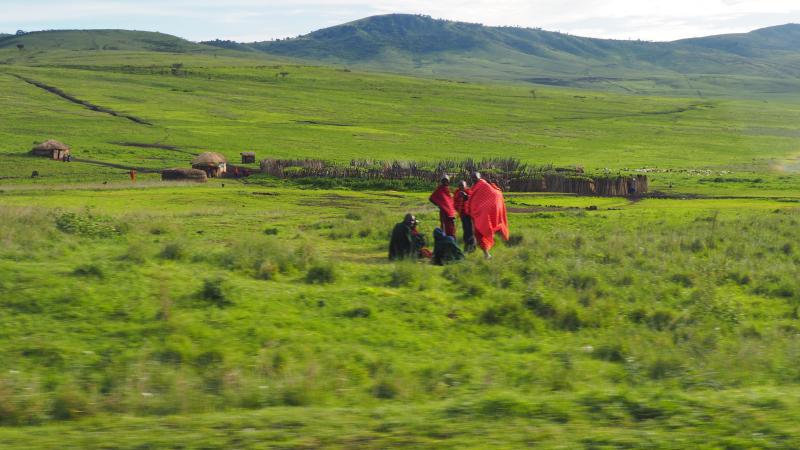 Rene Descartes is often called the first modern philosopher, and his famous saying, “I think, therefore I am,” laid the groundwork for how we conceptualize our sense of self. But what if there’s an entirely different way to think about personal identity — a non-Western philosophy that rejects this emphasis on individuality?

Consider the African philosophy of “ubuntu” — a concept in which your sense of self is shaped by your relationships with other people. It’s a way of living that begins with the premise that “I am” only because “we are.” The Kenyan literary scholar James Ogude believes ubuntu might serve as a counterweight to the rampant individualism that’s so pervasive in the contemporary world.

"Ubuntu is rooted in what I call a relational form of personhood, basically meaning that you are because of the others," said Ogude, speaking to Steve Paulson and Anne Strainchamps in Addis Ababa, Ethiopia. "In other words, as a human being, you—your humanity, your personhood—you are fostered in relation to other people."

In practice, ubuntu means believing the common bonds within a group are more important than any individual arguments and divisions within it. "People will debate, people will disagree; it's not like there are no tensions," said Ogude. "It is about coming together and building a consensus around what affects the community. And once you have debated, then it is understood what is best for the community, and then you have to buy into that."

Archbishop Desmond Tutu drew on the concept of ubuntu when he led South Africa’s Truth and Reconciliation Commission, which helped South Africa reckon with its history of apartheid. Ubuntu promotes restorative justice and a community-centric ethos. "We have the ability, as people, to dig into our human values, to go for the best of them, in order to bring about healing and to bridge the gap," Ogude said. This idea also extends to our relationships with the non-human world of rivers, plants and animals.

Ogude spoke with Steve and Anne at the first African Humanities Workshop, which took place at the University of Addis Ababa. The workshop was sponsored by the Consortium of Humanities Centers and Institutes (CHCI). Here's an excerpt from the transcript of their conversation, which you can find on IDEAS, a publication published by CHCI.

Steve Paulson: We've been talking about ubuntu in this legal sense of how to redress wrongs, and I am wondering at the more everyday level, how ubuntu plays out. I'm thinking in terms of what constitutes “a good life.” In the West, that concept seems to be rooted in the concept of selfhood: how I think about, or know, myself or the course of my life and achievements. It's not necessarily defined by my relationship with other people. Is there a different way of thinking about the self in this African tradition you've been describing?

James Ogude: There's a sense in which ubuntu as a concept, and the African communitarian ethos, imposes a sense of moral obligation regarding your responsibility for others even before you think of yourself. You must, as the Russian critic Bakhtin would say, look into another person’s eyes and have that person return the gaze. When the gaze is returned, that recognition is what humanizes you.

SP: There's empathy built into it.

JO: An empathy, yes, there's empathy, there's trust, that is built in this process. That, for me, is the moral obligation that sometimes is absent when undue emphasis is placed on individualism and the self, when it’s “all about me,” and everybody else comes second. Yet, even the West is haunted by other, competing, values such as human rights. There have always been movements in the West that have prioritized the other over the self. That's why all human beings fundamentally have a certain element of conscience even when our societies may push us to be individualistic. A measure of responsibility is part of our obligation, whether it comes to us through religion or a moral obligation of duty to others.

You can read the full conversation on IDEAS.