"If You Want to be a Slacker, Become a Marxist" 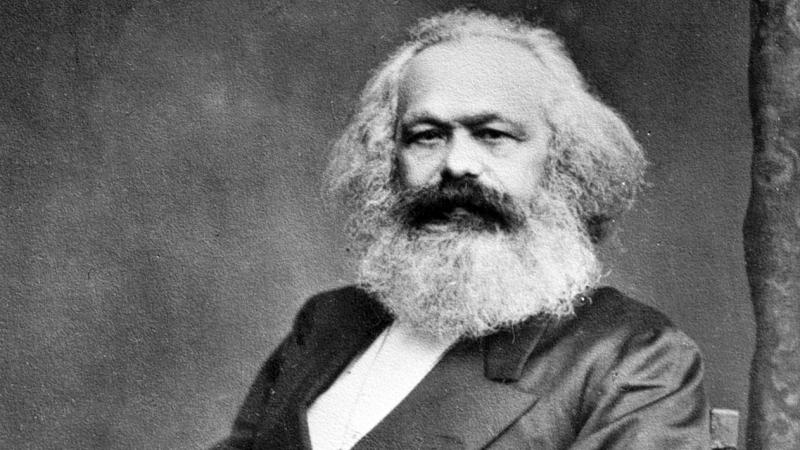 Is it time to reassess the revolutionary ideas of Karl Marx? To many people, he’s a failed philosopher — the man behind the disastrous Marxist experiments in the Soviet Union and China. But there’s a new generation of intellectuals and activists who want to reclaim Marx’s legacy. And some, like the British Marxist cultural critic Terry Eagleton, say we’ve never really understood Marx.

In his book “Was Marx Right?” Eagleton takes an iconoclastic view, claiming that Marx was not the grim materialist who only cared about exploitative labor conditions. Eagleton says Marx’s real dream was to create a leisure society that would give people more time to create art.

May 5th marks the 200th birthday of the revolutionary thinker. To mark the bicentennial, we dug into our archives to feature my 2014 interview with Eagleton.

Steve Paulson: Why do you think Marx was right?

Terry Eagleton: Of course, Marx was not right about everything. He made a lot of important blunders and had a lot of blind spots. But most familiar criticisms of Marx — that he reduced everything to economics, he believed in a strong centralized state, he believed in a perfect future — all of these are radically mistaken. He didn't believe any of that. And the other thing that people don't know is that Marx was a champion of capitalism. The European middle classes were the most revolutionary force in human history. In a few brief centuries they established democracy and liberalism. Marx is not simply saying capitalism is bad. He's saying, how come we have the most fabulously affluent regime the world has ever witnessed, and we have destitution, poverty, exploitation and inequality?

SP: So the great paradox of capitalism is that people — and countries — can become very wealthy and yet there still is tremendous poverty and inequality, and those problems seem to be intractable.

TE: That's the question Marx asks. He doesn't just denounce capitalism. He inquires into its internal contradictions — about the way it keeps generating poverty and riches at the same time, freedom and exploitation, equality and inequality. He's saying these two narratives are as close as the two sides of a sheet of paper. And in posing that question, I think he's actually quite original. There's not a great deal of Marx that’s original. The idea of communism is not original. The idea of revolution isn't original. But this, I think, is.

SP: Yet the countries that tried to create new societies based on Marx's ideas — especially the Soviet Union and China — turned out to be disasters.

TE: They did indeed. No Marxist until Stalin believed that it was possible to construct socialism in a desperately backward and isolated society. That's why Marx talks about the great accumulation of wealth, not just material wealth but cultural and spiritual wealth which capitalism has piled up. So the idea that you could simply leap from economic backwardness into a socialist future was basically invented by Stalin in the 1920s. If you have to accumulate capital from a very backward level, you will need a strong state and you'll have a political tyranny and all the horrors that follow.

SP: Is Marx best understood as a critic of capitalism rather than as a prophet of some future society that will replace capitalism?

TE: Absolutely. Marx famously has very little to say about the future. He doesn't believe in some perfect society. For him, the future will be freedom, and you can't pre—program freedom. Marxism is really all about trying to unlock the contradictions and the obstacles which prevent us from getting to that point.

SP: You say it's a mistake to see Marx strictly as a materialist who reduces everything to economics and labor conditions. You claim his real goal is a society that gives people more leisure time.

TE: That’s the only reason why I am a Marxist. Well, there are two good reasons. One is just to annoy people you don't like — the people you bump into at a party. And the other is because I just don't like having to work. I have deep-seated, principled objections to work.

SP: So Marx aspired to be a slacker!

TE: Yes, if you want to be a slacker, become a Marxist. Marx believed that it was feasible to reorganize production in a way that releases most of our time from the more degrading forms of toil. He asked, why are we using technologies to increase exploitation rather than to alleviate it? The reason he was so concerned with economics was to lessen its tyrannical power over people. What if we had the kind of society which could release men and women into simply trying to fulfill themselves in whatever way they wanted? When he talks about production, he doesn't think about coal mines or cotton mills. He thinks about art. For Marx, art is the paradigm of human production. It’s the creative realization of men and women's capacities purely for their own sake.