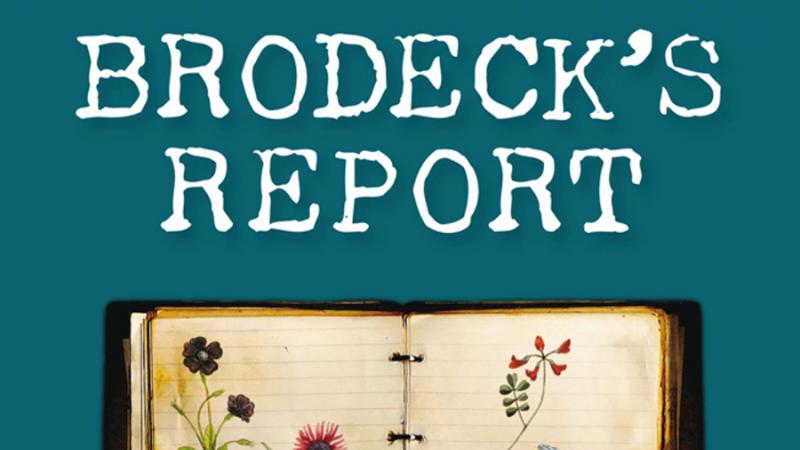 The author of "Borne" and the Southern Reach Trilogy recommends Phillippe Claudel novel about a small town murder and the winding investigation into the culprit.

The book I'd like to recommend today is "Brodeck's Report" by Phillippe Claudel. In this novel,  a stranger comes to a small town in an isolated part of an unidentified European country, and this stranger is then brutally murdered in the village several months after he arrives. Our narrator — one of the only men not involved in the murder — is asked to investigate and file a report. He's asked this by the very mayor and other town elders who murdered the man in the first place.

Brodeck composes his report in an atmosphere of growing unease and fear He's already a kind of reporter to a distant central government that's never really fully defined. And he fears that the purpose of the report is to implicate him in the murder, since he's really the only one who wasn't. And this is all in the very beginning of the novel, so I'm not really giving much away.

Claudel is adroit at showing claustrophobia and unease in the village, and how the past and the peoples' and ability to come to terms with the past almost always has repercussions in the present. For example: everything the stranger does they think is a reflection of something that they've done in the past that they're feeling guilty about. So anything he might say as a stray comment actually seems to them to be commenting in a snarky way on them. But he is equally skilled at showing the verdant, unspoiled natural world that surrounds the town. A beauty that for some in the town only makes them feel more disconnected.

As we begin to understand that the outlines of "Brodeck's Report" are much broader and more damning than expected, the novel becomes a fevered page turner without ever losing the meticulous attention to detail. Surreal elements — like a mysterious die-off of the local fox population— adds a sense of the novel as shimmering between dark folktale and deep psychological drama in an entirely satisfying way.

By novels end, "Brodeck's Report" contains all of the worst and the best of human nature. And as with the best literature, glimmers darkly in the imagination long thereafter. We keep going on long after we think we can't, and in the end perhaps we can escape at least part of the past.

There's a scene where one of the townsfolk goes into Brodeck's office area and he's kind of lingering in the back and Brodeck doesn't see him right away. This is a former friend, and this is basically the first time that Brodeck realizes that the entire town is against him. And somewhere around here is where Brodeck also begins to change in terms of what we think the report is about. And it becomes more about his own life for a while, which then — in a really lovely way — doubles back to being pertinent to the death and the murder of the stranger.