Jeff VanderMeer On 'The Kills' 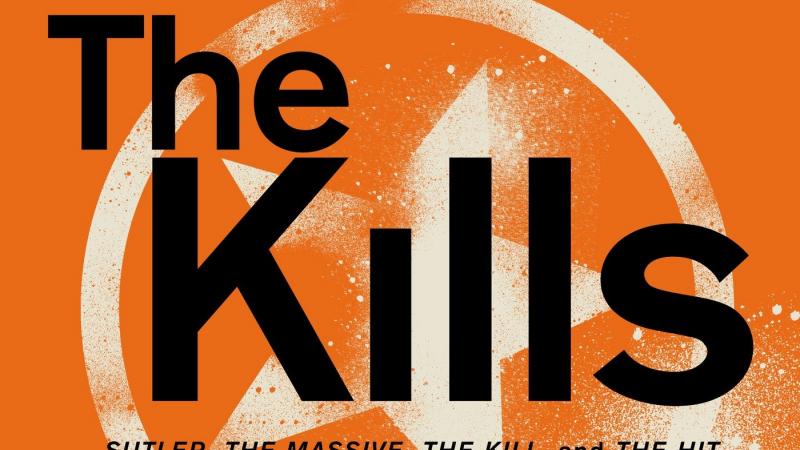 The author of "Borne" and the Southern Reach Trilogy recommends Richard House's novel about soldiers tasked with burning waste in the remote reaches of Iraqi desert.

"The Kills" is one of the most epic novels I've read in a long time, and also the most original. The opening sections detail the last months of a unit devoted to illegally burning waste of all kinds created during the Iraq War — the one entered into by George W. Bush — in a remote stretch of Iraq's desert regions. These men handle toxic and even radioactive materials, and it's dangerous work that will affect each of them in profound ways.

An explosion and the disappearance of one of the men involved sets off a kind of chain reaction of consequences. But House is not an ordinary writer, and "The Kills" is not an ordinary novel. In addition to following the lives of the men in the unit and the trajectory of the disappeared, House at every turn reminds us of the absurdity of the human condition and the ways in which our modern bureaucracy and outsourcing add to that irrationality.

Characters appear and disappear. Not to the whims of plot, but as they would in life. Pursuers become the pursued. One character actually takes on the persona of the very individual he is charged with tracking down after the explosion.

In a way that kills reads like John le Carré and Roberto Bolaño got together to write a dark, intricate, messy, sometimes surreal spy thriller with elements of corporate espionage. And with a side of a damning indictment of the Iraq War unlike any other that I can think of.

Somehow in pursuing his subject matter and following his characters, House has created a novel that feels universal, timeless, and — despite its fierce interrogation of the aftermath of a particular war — not didactic. "The Kills" did well in the UK, long-listed for literary prizes and receiving substantial attention. In the U.S., the novel has not yet received the attention it deserves.

Could it be that House's novel refuses to support easy ideas of cause and effect that we're very much in love with? That "The Kills" portrays the underlying randomness and chaos of the world, and the absurdities of logic we build up to justify our bad decisions in ways that are uncomfortable to us? Perhaps, but in an era in which the U.S. Senate Intelligence Committee report on the CIA's torture program reflects the terrible irrationality of individuals and institutions, I think House's novel gets at the truth in a truly profound and unique way.

I think the most audacious thing about the book is that there is a book embedded in it. There is a book about serial killers — supposedly written by an Italian novelist and then translated into English — that the guys in the waste burning unit have, and know about. They talk about the ending of it, which is particularly horrific. And then this book reappears in the other sections where the House's emphasis is different. Eventually you get kind of a version of the book as one of the sections.

We all have myths we make about ourselves, right? And we kind of fictionalize ourselves. Well, they get this idea — the people from the unit, burning this waste — they get an idea of how to deal with their situation from the book.