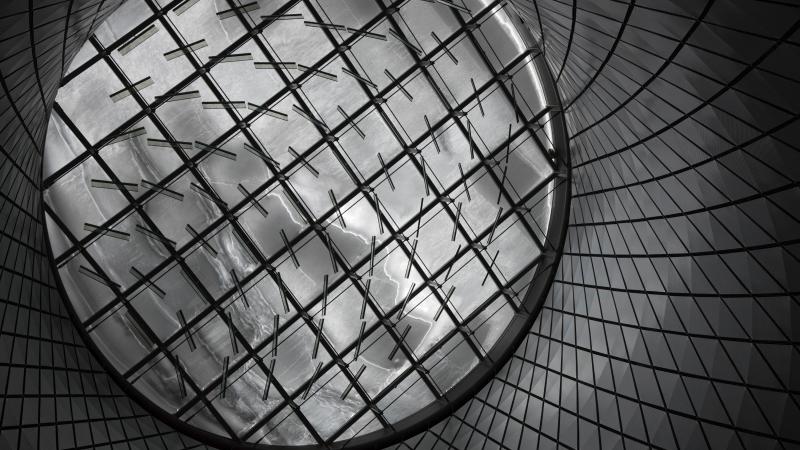 Imagine eight scientists, four men and four women, volunteer for a grand experiment focusing on the future of humanity: living for two years inside of a prototype of a possible off-earth colony. That’s the premise behind acclaimed novelist T.C. Boyle’s new book, "The Terranauts."

The colony, EC2, has five biomes – rainforest, savanna, desert, ocean and marsh – so it sounds nice enough. The only catch is they’re trapped inside for two years.

Doug Gordon recently talked to the author about how the book was inspired by the actual Biosphere 2 experiments during the 1990s, and why Boyle himself would never be able to last two years trapped within a dome.

This conversation has been edited from its original airing for length and clarity.

Doug Gordon: What was it about the Biosphere 2 project that you found so interesting that you thought it would make a good subject for your novel?

T.C. Boyle: Well, as you know, Doug, I love to consider us as an animal species on the Earth – as a green writer, as an environmentalist. I love to do a kind of "what if?" scenario. So what would it be like to be locked inside this glass structure, with by the way tourists looking at you, Mission Control overseeing your every move, having little or no privacy? They had to grow their own food, in the company of these other people, whom you may love but after a while, you know, love can only take you so far. So I wondered what would it be like.

DG: What are the other big challenges that your eight terranauts face?

TCB: Sex. I didn’t realize how sexy this was going to be. But four men, four women locked in for two years. What are they going to do in there? Food. They had to grow everything that they needed. They had some farm animals in there, some domestic animals and so on, which they eventually ate. But to make it, the men lost something like 12 percent of their body weight within a month and the women something like 8 percent. It was subsistence farming, they were burning more calories than they were taking in.

DG: I found it very interesting that the Jeremiah Reed character, God the Creator alias G.C., has the eight terranauts inside E2 perform plays every so often. Why does he do this?

TCB: This is based on the true history, by the way. John Allen had been a theatrical guy and like my character, had been in Broadway plays. He felt in team bonding, it was very important that they should perform plays together. And so I’ve chosen three plays throughout this novel that they perform as a team-bonding exercise.

In the larger view, there is a theatricality to what they did. Science posits a theory and then you do experiments to see if that theory is correct. Well, they didn’t do that. They did something with tremendous chutzpah: let’s create a world, let’s put on a show kids.

DG: One of the plays that G.C. chooses for them to perform is Jean-Paul Sartre’s classic, "No Exit." Why did you choose this one?

TCB: Well, it's really obvious, I think. And I use an epigraph from it for the quote, "Hell is other people." I'm wondering if that is true as a proposition. And so it seemed natural that the third play, when they are all having a lot of inner tension, would be "No Exit."

DG: Back in 2003, you said that we are all imminently doomed. And you asked the question, "What is exactly the point of being here in the first place?" Thirteen years later, are you any closer to finding it out?

TCB: I’m playing with the idea of what we are doing here. We are animals, but we are not animals in another sense, too, in that we have a spirituality, we have a brain that is not quantifiable really. What does it mean? Why are we doing this? Why are we here? I have no answer. My only solace is in nature. I love to be in nature as an animal in nature, which is why I call myself an environmentalist, simply because I like to be alone in nature.

DG: Do you think that you could last two years in a biodome?

TCB: I couldn’t last five minutes in a biodome. I would kill and eat everybody within a week. No way. I need space. Yes, I lead a very public life. But there’s also an introverted side of me. And that’s when I’m writing and when I’m out in that woods by myself. I need it so desperately. And I’m lucky to be able to have both the company of my fellow humans and also their absence.