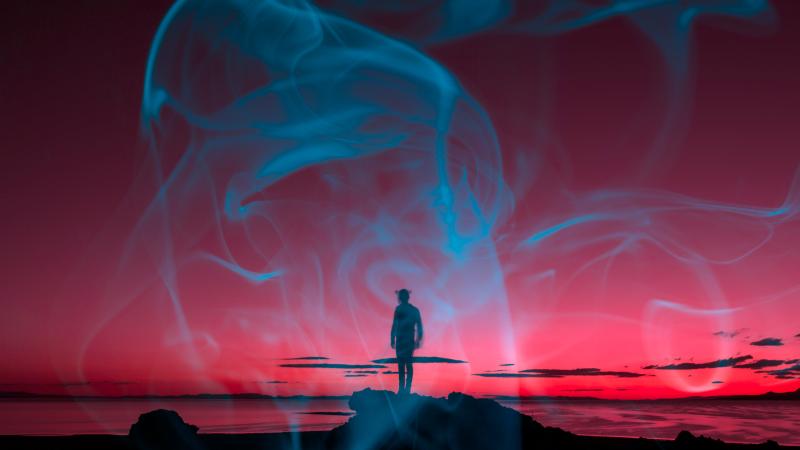 Listener Sophia Derbes from Mandeville, Louisiana sent us this ghost story about a boy, a girl and the divide between them.  This text has been lightly edited for clarity.

He was eight the first time he felt the spirit in the water.

He had gone to the lake many times, swam, dived, loved that water with all his being. He felt the spirit when he sat at the edge of the dock and dipped just his toes in the water. He felt the spirit course through his leg, up through his body, and wrap her arms around his neck. And he loved her. And she loved him. He spent the entire day in the water.

He was 10, and the spirit lapped, restless at his head when he was in the water; at his feet, when he left the water. He swam across the lake, to the bottom again. But nothing was enough for her, and he felt the waves rising above him. And for a moment, he was afraid.

His parents pulled him out of the water, and he left her there, seething.

He was 11 and told the story to his friends for Halloween. He told a story of a girl who hated the land so much that she tied rocks to her feet and became one with the water. He told the story of a dead girl who fell in love with a living boy, was jealous as she watched him grow, and decided to make him her own.

That night he slept more soundly than ever before.

He was 12 and sat out on the dock. The water was calm and sad.

He was 13 when the dock was flooded over completely. The lake overflowed to the land. The water consumed the land. And still, he walked out to it. He walked out to the lake, to the spirit of the water, to the giggling girl underneath it all. And he fell. Her arms wrapped around his neck and he stayed.

Voices whispered over the lake. They sounded almost like the wind.