A Matter Of (Bad) Taste 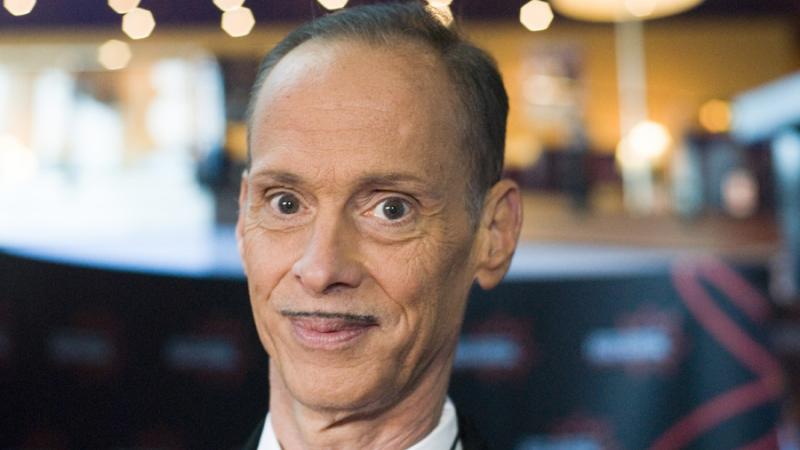 Pablo Picasso once said good taste is the enemy of creativity. The legendary filmmaker John Waters would agree with that — and more.

"Bad taste is what entertainment is all about. If someone vomits while watching one of his movies, it's like a standing ovation," Waters wrote in his book, "Shock Value: A Tasteful Book About Bad Taste."

Waters may not be the mentor some people want for their children, but Rhode Island School of Design invited him to give the commencement speech in 2015.

In a recent conversation with "To the Best of Our Knowledge" producer Doug Gordon, Waters discussed what he had to say to inspire the class of 2015 and what prompted him to turn the speech into the book called "Make Trouble," released this year.

Doug Gordon: How did you decide what you wanted to say? Was that something you struggled with, being the first commencement address you'd done?

John Waters: I don't think it was a struggle. I think I've always been a filth elder, and I think I've been counseling kids how to be juvenile delinquents in a proper way for years. So it came pretty naturally, (though) it took me a couple of days to write it.

I read it to a friend of mine. He said, "I don't know, you better run that one past somebody else." Because all the things I write I always think, 'Well, they can go either way, you know.' And lately, nobody gets mad at anything I say, and I probably say stuff today that is even probably maybe more controversial than I did when I started. So I don't know. Things have obviously changed. I think that's because you stick around long enough, they can't get rid of you and they start to respect you.

Gordon: You should start your own school, the John Waters School of Filmmaking.

Waters: Well, you know I was literally, and this is true, I was offered at one time to start a reform school for kids. And I liked the idea only because it would be the John Waters Reform School. So parents would say, 'If you're not good, you're going to John Waters.' But I would have had to give up everything else to do this. You know, it would have been a full-time job... I always have a lot of backup careers. So warden is another one that I might do later in life.

Waters: Yeah. "Hairspray." Who would have ever thought that it would play in every high school in America? And it's two men singing a love song to each other. It is basically a musical that encourages your white daughter to date black guys. There's a whole song about that.

So I think it was a sneak attack. It was a Trojan horse and nobody to this day still realizes it.

Gordon: Well, now they do because you’ve admitted it.

Waters:  Yeah, but nobody ever objects. No parents ever seem to be upset about "Hairspray" and that's because it's not mean. And that's why I tell everybody the only way you can change anybody's mind is to make them laugh, not preach, not get on a soapbox, not be holier than thou, not be a separatist, not say, 'Oh, I'm leaving the country,' all that. Who cares if you leave the country? So I mean, basically I think it was a sneak attack. "Pink Flamingos" was certainly preaching to the converted. And "Hairspray" was the only devious movie I ever made.

Gordon: Yeah. Was that intentional? Were you planning on that, was that a goal?

Waters: No, it was an accident. I mean when I made "Hairspray," I didn’t think, 'Oh, this is going to be a commercial one' or anything. And I remember when we got the PG rating, I thought I would never work again. And even New Line at the time wanted me to put one four-letter word. So we'd get a PG-13. But I said that's not so shocking. Let's have a shock be that it is a movie for the whole family with Divine as the star.