Michael Tisserand on 'My Friend Dahmer' 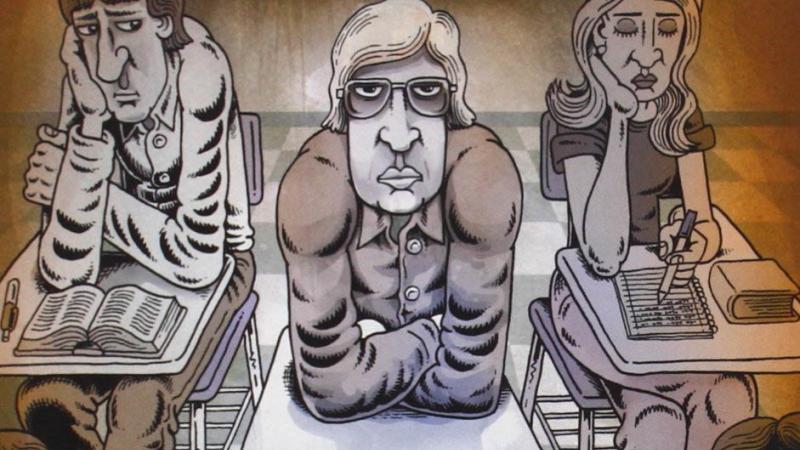 Writer Michael Tisserand recommending the graphic novel “My Friend Dahmer” by Derf Backderf, who was friends with Dahmer in high school in Ohio.

The book I love and return to and recommend is a graphic novel, a memoir by Derf Backderf. It's titled "My Friend Dahmer" and it's his experiences going to high school with the serial killer Jeffrey Dahmer.

I love books that you think you're going to be opening a door to one kind of book and you suddenly find yourself in the middle of something you're told do not expect to be standing in. You think you're going to open up to find lurid tales of Dahmer the serial killer. And instead I found a high school that reminded me very clearly of my midwestern Minnesota high school, his Ohio high school around the same time period. And I identified both with Derf Backderf and then also, in a very unsettling way, with Jeffrey Dahmer.

He created a character for himself that he portrayed in high school as we all portray characters to get by in high school. He ended up doing these impressions of his mother who had seizures and he did it for attention or to get a laugh. And Derf Backderf draws himself very clearly and describes himself very honestly as having Dahmer as a friend. Not a close friend but probably one of the closest friends of Dahmer had in high school.

They would have the "Dahmer Fan Club," and they would get Dahmer to jump into the photographs at different high school clubs were getting taken for the yearbook. And Dahmer would show up in this club or that and then in the National Honor Society.

They got to be in that photo, a teacher saw it and blacked out Dahmer's face.

And Derf puts that photograph in the book as well. It's eerie. And. You see at one point Dahmer, who had a horrible family life in tears.

You know, you read the words of someone like Sister Helen Prejean, who is trying to bring you close to people who committed horrifying crimes and to see them as human beings. And I think Derf Backderf accomplishes that through his art like no one else I've ever encountered.

It doesn't erase your knowledge that Dahmer became a monstrous human being and committed unspeakable crimes. But it shows you a time in someone's life when someone might have made a difference.

The graphic novel has been adapted to become a film as well. You can see the trailer below, or listen to interviews with Derf Backderf and filmmaker Marc Meyers here.