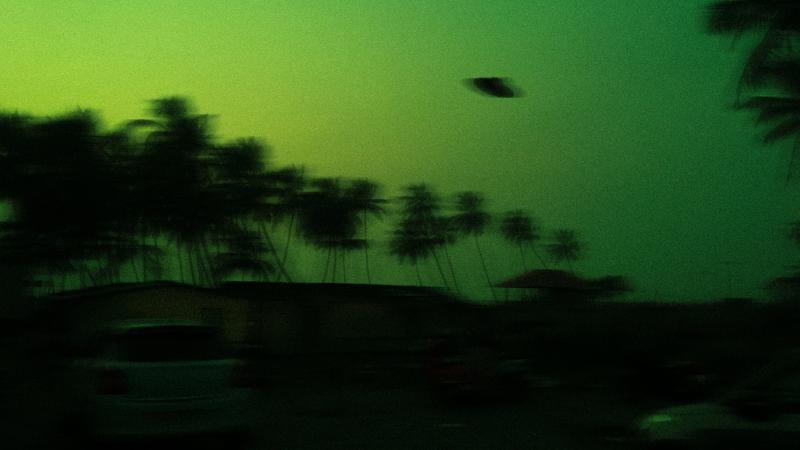 No discussion of genre fiction would be complete without science fiction. And an alien invasion. That’s the premise of “Lagoon" set in Lagos, Nigeria.

African fiction, like Africa itself, has historically been divided by the polarizing logic of colonialism: European colonizers at one end, and the colonized Africans at the other. This system was the backdrop for the literary and political work of writers like Chinua Achebe—author of the landmark 1958 book "Things Fall Apart"—or Wole Soyinka, who was jailed in Nigeria for his beliefs but still won the Nobel Prize. But according to Ellah Wakatama Elfrey, editor of the new collection "Africa39: New Writing from Africa South of the Sahara," she and many other writers would “rather leave the colonial out of it.” That attitude is reflected in her collection, which compiles a new generation of African writers who are young, multi-lingual, and breaking out of all of the old literary boxes.

One of the most surprising—and exciting—aspects of this new literary movement is that instead of the big political (and polemical) work that marked earlier writing from Africa, these authors are tackling genre fiction: sci-fi, crime, and fantasy. Of course, that doesn’t make it devoid of politics, but it shifts the lens through which those politics are viewed. For example, In "Lagoon," written by Nigerian author Nnedi Okorafor, aliens land in Lagos.

Only two people on the beach witnessed the watery abduction of Adora and the two men. One was a young boy. His stomach was growling, but he forgot about his hunger for the moment. In the moonlight he couldn’t clearly see the creature, but as it walked out of the water even he knew it wasn’t human…

Okorafor’s inspiration for “Lagoon” was the critically acclaimed film "District 9", where aliens landed in South Africa. Her reaction to the film was strong. “I absolutely hated it,” she said. "I detested the portrayal of Nigerians in the film.” Her alien landing is a more nuanced invasion, and a more African one – including a voice for the ancestors as well as for the plants and animals.

In addition to sci-fi, African writers are also producing acclaimed fantasy, including Sofia Samatar’s "A Stranger in Olondria," which won the World Fantasy Award for Best Novel. Samatar, a Somali Mennonite, wrote the novel while teaching English during a civil war in what is now South Sudan. Though she was writing in a war zone, Samatar says it was not hard to focus. "I think in a lot of ways [writing] was a refuge,” she says. Here she is reading from the novel:

I was both excited and frightened to think of studying with a stranger, for I was shy around him and found his green gaze disconcerting. I could not see how he would teach me, since we shared no common language…

In this new wave of writing, “African" genre fiction need not actually be set in Africa. Lauren Beukes is a white South African whose wildly popular novel "Broken Monsters" is a crime story about art and the internet set in Detroit. Here’s a scene:

“Detective?” the uniform says. Because Gabriella is just standing there staring down at the kid in the deep shadow of the tunnel, he hands jammed in the pockets of her jacket. She left her damn gloves in the car, and her fingers are numb from the chill wind sneaking in off the river…

Beukes says that Detroit has become an international metaphor for the dying city, but, she says, “all cities are haunted.” He book examines a variety of hauntings, including the internet, where one can be haunted by the present, not just the past. ”The Internet is where the unconscious comes to vent,” she says.

These novels and novelists speak to this post-post-colonial moment, where sci-fi and romance and spy thrillers—historically “light” genres—point toward nothing less that than seeing the world in a new way.