Philip Roth Wanted Us To Accept Fiction on Its Own Terms 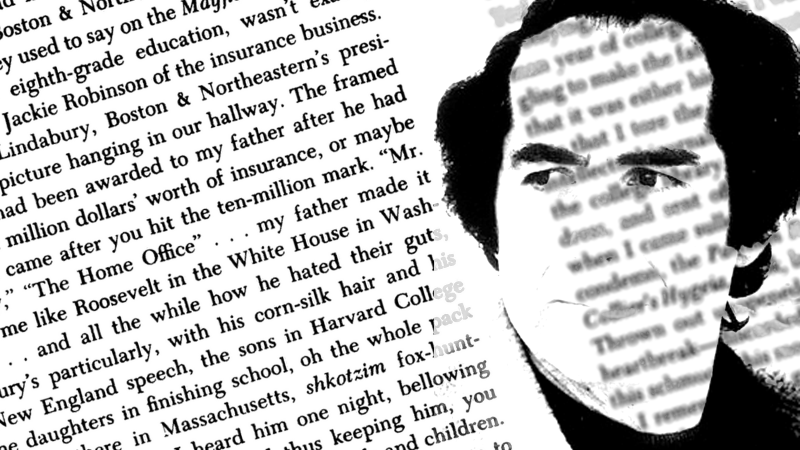 As we reflect on the passing of Philip Roth this week, it's interesting to observe that the Pulitzer Prize winning author spent his own life's "third act" working out his feelings as an aging author and as a novelist in the public eye.

Philip Roth retired from writing in 2010 with the publication of his novel "Nemesis." He had reportedly been ruminating on his legacy as a writer for several years, mentioning a possible retirement to friends and family and re-reading his work before discussing retirement publicly.

"And after that, I decided that I was done with fiction. I do not want to read, to write more," he said. "I have dedicated my life to the novel: I studied, I taught, I wrote and I read. With the exclusion of almost everything else. Enough is enough! I no longer feel this fanaticism to write that I have experienced in my life."

That self-reflection earned Roth the admiration of other authors struggling with the same question of when to call it quits, including Martin Amis, who mentioned Roth specifically in his own thoughts on retirement and legacy when he spoke to Steve Paulson for our show on "the third act" and how we reckon with the final stretch of our lives. But Roth had clearly given the matter thought much earlier than that.

Roth was on To The Best Of Our Knowledge in 2007 to discuss "Exit Ghost," the final appearance of his would-be fictional alter-ego, Nathan Zuckerman. In that novel — the second of two novels featuring Zuckerman's reckoning with the ravages of aging—the protagonist butts heads with a young biographer out to expose the more sordid details of a short story writer who is a friend and contemporary of Zuckerman. Through this clash — as well as an infatuation with a young woman Zuckerman crosses paths with — Roth is able to draw out the anxieties of a writer who fears his best work might be behind him. In the novel, Zuckerman says "without my work, what would be left of me?"

"I don't think that's a concern with the legacy, so much as a concern with living a life," explained Roth, speaking with Steve in that 2007 interview. "That is, if this is taken away from him, what will he do? What will he be? He's just written a book, he tells us at one point, with this disordered mind. It's the first time that he has finished a book where he feels he's made it as good as he can. And it isn't as good as it ought to be."

Roth knew the comparisons between Zuckerman and himself would be unavoidable, and wasn't shy about the pain of coming to terms with walking away from his work as a writer. "Luckier men are able to retire from what they do. The doctor and the lawyer retire from their jobs and play golf," said Roth. "The writer doesn't seem to retire — look at [Norman] Mailer. He was writing right down to the very end, despite all his physical handicaps. It's a strange kind of work which you can't stop doing — others keep writing and writing and writing and then they die."

However, Roth would have likely been fairly resistant to the idea that Zuckerman was purely autobiographical. Fiction, in Roth's mind, needed to be processed on its own terms. But could an author's biography really not yield any insight into how an author's work comes into the world?

"I don't know if I care about 'the creative process.' It's just that if there's a writer who's impressed you, whose books have meant a great deal to you, then you're curious about the whole life," said Roth. "About a year ago, I re-read of excellent biography of Hemingway by Carlos Bakker called "Hemingway." There are facts that emerge in Hemingway's life, and you say "yes, that turned up in such and such a book," and so on, but I don't find that the most interesting aspect of Hemingway's life. What's more interesting is what he did with his good brain, what he did with his talent, how he lost his talent, and so on."

At the time of the interview, scholar Ross Miller was in the process of combing through his papers and interviewing him for a biography of Roth. When asked about how he felt about the project, Roth seemed resistant to the notion of fiction being informed by the personal history of its author. Ultimately, that project stalled in 2009, "abandoned by mutual consent," and in retrospect, Roth's thoughts on it illustrated his frustration with the idea that his fiction would be interpreted through the prism of the man who wrote it.

"I think it was Oscar Wilde, or maybe someone else, who has said that 'biography gives a new dimension of terror to dying,'" said Roth. "I don't know, it's just another rite of passage. .. If you've achieved something in a certain field, then you earn a biographer and there's nothing you can do about it." He also mentioned that a few inaccurate facts of his life would surface in the inevitable Philip Roth biography, but "worst of all, some will be right."

At the time of his death, Roth's second biographer — Blake Bailey, who has documented the lives of fellow novelists Richard Yates and John Cheever — was in the midst of a decade-long second attempt at that unavoidable rite of passage. When that biography finally reaches publication, we'll all be afforded Bailey's vantage point as a new frame through which Nathan Zuckerman and the litany of other figures from Roth's fiction can be refracted.

But until that time, surely Roth himself would consider re-reading of "The Ghost Writer" or "Portnoy's Complaint" a more fitting way to honor his memory.