Reading As Our First Window To The World 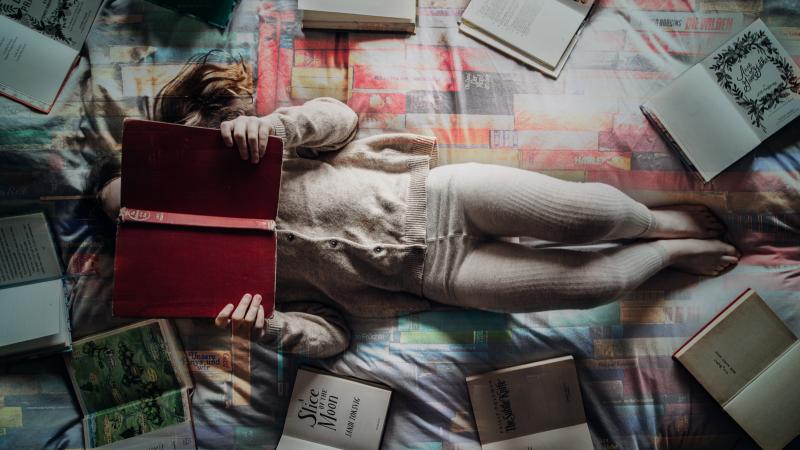 The first entry in her "Book of Books" was a book without an ending, which is a fitting entry for the endless book journal of New York Times Book Review editor Pamela Paul.

"It was a blank book that I bought when I was a junior in high school, and I started keeping track of every book that I'd read," said Paul, speaking to Steve Paulson for "To the Best of Our Knowledge." "The first book that I put in there was Kafka's 'The Trial,' which turned out to be an oddly appropriate book in a number of ways, the main one being that it was famously a book that was never finished."

Paul had tried keeping a diary as a teenager, which was filled with entries about missed sleepovers and fights with her parents, but she also kept a list of every book she read. And only much later did she realize that this long list of books was a much better portrait of who she was in those formative years. In fact, it’s almost served as her autobiography.

Paul's experience with her so-called "Book of Books" led her to reflect on the lives of young readers in her new book, "How To Raise a Reader." In it, she and co-author Maria Russo offer suggestions on how to help young readers connect more deeply with what they read — even if they're reluctant to pick up a book at all.

She talked to "To the Best of Our Knowledge" about why this intimate connection to books is so important at every age.

Steve Paulson: So when you think back on your history as a reader, were there a few books that changed the way you saw the world? Books where you realized what a book could do?

Pamela Paul: For me, reading at its best is a visceral experience. There's emotion and transformation in it. I would say the main reason that I find myself reading is to be transported into another world.

One that made that very clear to me was Émile Zola's "Germinal" — that's a book about coal mining in 19th century France, and the nascent labor movement there. And you might think that sounds dull, but of course, it's absolutely not dull. That book had a profound effect on French society and led to real change, and I think the reason why it did is because (Zola) was able to evoke in the reader a real sense of injustice and outrage.

I found myself caring profoundly about an issue that I really had no knowledge or interest in before I picked the book up. 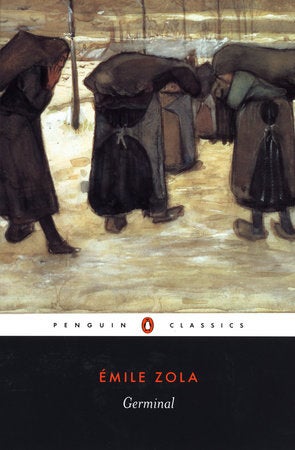 SP: And this was not just about French society at that time. Was this about how you saw injustice in today’s world?

PP: I think it changed the way I saw the world that I live in. What is so powerful about reading is that obviously I am not a coal miner in 19th century France, but reading allows you to access an experience and a perspective that you would in no other way be able to access.

And by reading someone else's creation, you are creating it as much as you are receiving it. That's what I think is so powerful and enduring about reading that differentiates it from any other art form.

SP: So I have a theory, based on my own experience. The most powerful reading experiences are when you're quite young — maybe late teens, early 20s — when you're discovering the power of books. You're still a fairly innocent reader, and you don't have that much life experience that's going to filter your response.

I still read books all the time, and I love books, but when I think back on those seminal reading experiences, I don't know if it can match the power of when I was 20 years old.

PP: I would absolutely agree with you, and on many levels.

Let's take very, very young children. When you're a parent and looking at board books to show your toddler, you might have this initial reaction of, "Well, this book is about airplanes. My child actually hasn't been on an airplane yet, so I can't really read that because they're not going to know what it's about. They're not gonna be able to relate to it." And yet, of course, they can.

Then imagine what it's like when they go in an airplane for the first time. They've already seen it in a book. So you are encountering the world as a child through books, before you actually encounter it in real life.

So the fundamental experience for a child is first through the pages of books, which is kind of an amazing thing.

Think about the things that children's books are about — animals (for instance). Yes, children often go to the zoo, but they don't see every animal. They see those animals first in books. They see people of all different walks of life, first in books. So the fundamental experience for a child is first through the pages of books, which is kind of an amazing thing.

SP: It's almost like that world of books can seem more real than your waking world.

PP: That's the first encounter. And that's why I think it is so smart that the American Academy of Pediatrics recommends no screen time until at least the age of 2. There are many very good pedagogical reasons why they recommend that, but one of them is that we would rather a child encounter it through the pages of a book first, than, let's say, on a website or a TV show.

And then you think about emotions. Think about an older child — let's say a teenager. When you're experiencing really intense emotions for the first time — related to love and sex, but also anger at a different level. When you read a novel that reflects those emotions, that mirrors the intensity that you as a teenager feel, that's a profound connection. 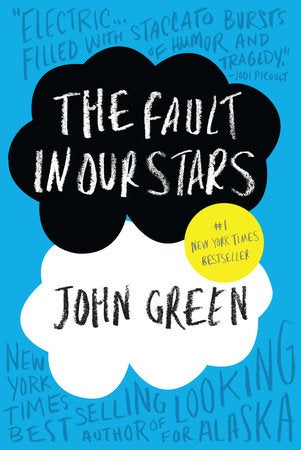 SP: You're suggesting that we'll never match that reading experience when we were teenagers.

PP: It's interesting. I'm in a book club that only reads children's literature. Not all the members have children, they don't all like children — why do they want to read these books? It's because the intensity and the rawness of the things that happened back then. And you can really go back and kind of feel that again.

There's this whole new thing of "crossover YA" — young adult fiction that adults read as well. The book that most people think of when they think about that is John Green's "The Fault in Our Stars" — that's a love story between two terminally ill cancer patients. So there's going to be some sadness. And I choke up even thinking about it, but it reminds you of what it's like to fall in love at that age, for the first time. 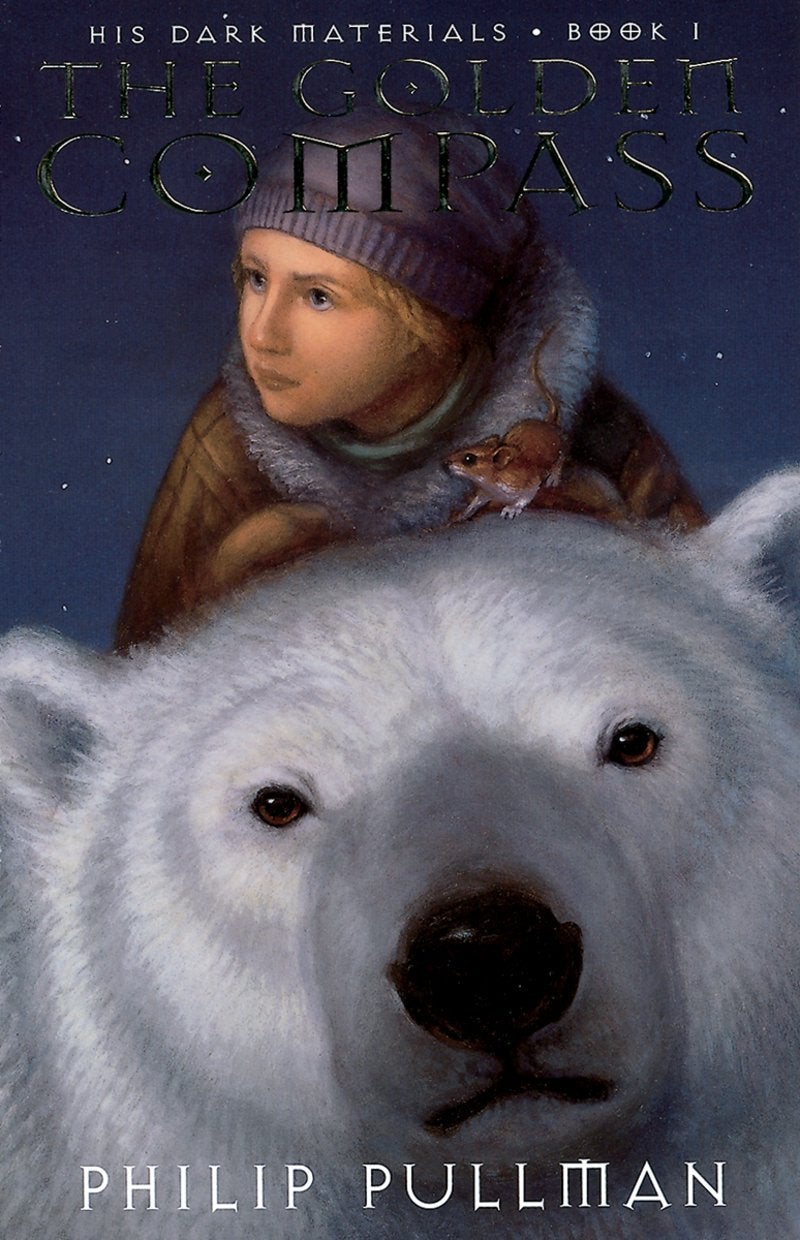 SP: When you were talking about a crossover book, I thought you were going to mention Philip Pullman's "The Golden Compass."

PP: That's another one. There are also profound philosophical questions in that book.

And that brings me to a third thing, which I think happens mostly in that golden middle part of children's literature: fantasy and other worlds. It's when you really begin to imagine that the world could be entirely different. There could be totally different rules. I think that's why genre fiction — or fantasy, science fiction, adventure stories — really open up the world to children.

Many of us continue to read in those genres and have that total removal from the time and space we normally occupy, but it first happens when you're a child.

SP: I have a friend who's a retired children's book editor, and she says that far and away the most important thing that’s happened in children's books over the last two decades was "Harry Potter." That turned multiple generations of kids into readers. Would you agree?

PP: "Harry Potter" was a game changer for a number of reasons. "Harry Potter" was the first time in the lifetime of three generations — for this latest generation — whether you want to call them the digital generation or Gen Z — and particularly for millennials and Gen X, where each book in that series was coming out in real time in their lives. You had to wait between books for those installations.

SP: I remember when my daughter was a teenager — this is back when Borders was still around — they would start the sale at midnight. And we were there.

PP: Yeah, people would queue up. And it was a communal experience for these two generations before the internet.

It was also, frankly, before TV became so good, and people replaced that with discussing "Westworld" or whatever it might be. So you were suspended in this world and you had to wait. There was no binge reading for "Harry Potter" as it was coming out.

SP: And the books got darker as the series progressed.

PP: Yes. And it's really the death of Cedric — in "Goblet of Fire," the fourth book in the seven-books series — where it goes from a middle grade book to YA.

"Harry Potter" not only aged along with its readers, but it pulled in grown-ups as well. It made "Harry Potter" into a family experience because the grown-ups wanted to know what the kids were reading, and the kids wanted to have their adults read the books to them before they could read themselves. And people of all ages found that they enjoyed these books just as much.

You'd almost have to go back to Wilkie Collins and Charles Dickens — or maybe "Little House on the Prairie" — to recapture the idea of a real family reading experience. That was the first time — in the course of my lifetime at least — that that's happened.