Robert Macfarlane on 'The Living Mountain' 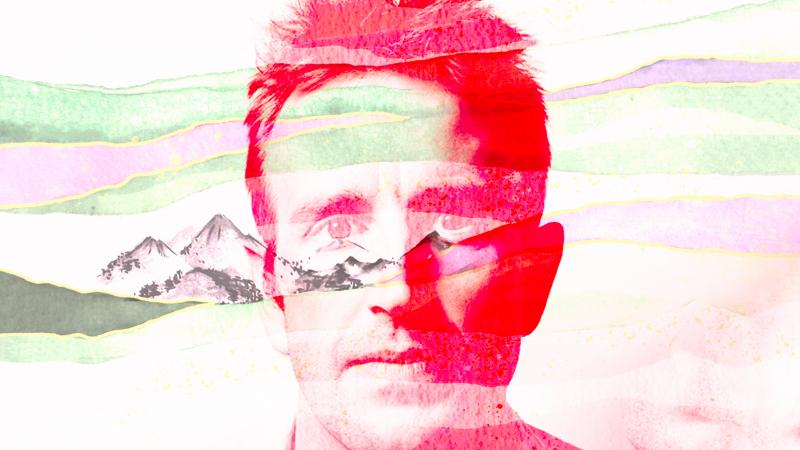 Nature writer and adventurer Robert Macfarlane has given away one book more than any other volume. It's "The Living Mountain," by Scottish writer and poet Nan Shepherd.

Shepherd wrote this book in the 1940s during World War II, but it was not published until 1977."The Living Mountain" is a memoir of Shepherd's experiences exploring the Caingorm Mountains in Scotland, and has been compared to the writings of Henry David Thoreau and John Muir.

Macfarlane has found himself carrying copies of "The Living Mountain" around with him, especially as he embarks on hikes or long walks, and he delights in sharing the book with people he meets along the way.

Robert Macfarlane is a British writer known for his poetic takes on the outdoors, people, and nature. His books include "The Old Ways," "The Lost Words," and "Underland."

The book I'd like to recommend to you is "The Living Mountain" by Nan Shepherd.

This is a slender masterpiece of a book, it's scarcely 30,000 words long. It was written in the 1940s by a Scotswoman, Nan Anna Shepherd, who lived in the northeast of Scotland near the Cairngorm mountains. It wasn't published till 1977, near the end of her life. In it, she describes walking, as she puts it, into the mountains. That preposition is important because I think most of us often think about walking up mountains, but Shepherd was interested in what walking into mountains might mean. It is really a pilgrimage that she makes into this beautiful ancient Devonian era mountain range.

Low slung, high Arctic cliffy, but also rounded which is, yeah, really Britain's Arctic. Shepherd realizes that this is not a set of peaks. It is not a site to be overcome and conquered, but a place to be explored and walked around, as she puts it.

"I go around it," she says, "like a dog in circles. I go up to see the mountain as I might to see a friend."

I grew up climbing. I was a climber from a young age. A bad climber, but a climber. And I was so drawn to the summit. I had summit fever bad.

It cost me scars and wounds and occasionally nearly my life. I look back with incomprehension at it. But I met Shepherd's book and it was the beginning of a weaning away from that summit fever.

I am in the Cairngorms a lot, and I usually carry a copy of this book, I think it's the one I've given away more than any other. And I met a young man from Singapore deep in the passes there, and we fell into talking and he was very open. He said that he'd been having a very difficult time in his life.

He'd lost someone close to him and he'd come to look for himself or look for some way forwards in the mountains. And he stood by this stream and had this conversation was completely unexpected to me, far from any road. And I said, "Look, here's this book. Take this book. Read this book." Gave him my copy.

And I left him my email address, and later he wrote to me this extraordinary letter, just saying that that encounter with me, but really with me as the giver of that book, and then the book, which he'd read had been a map.

The book had been a map to him. It allowed him to find his way back to the world from the last place in which he'd been. And I just thought, well, Nan, thank you.