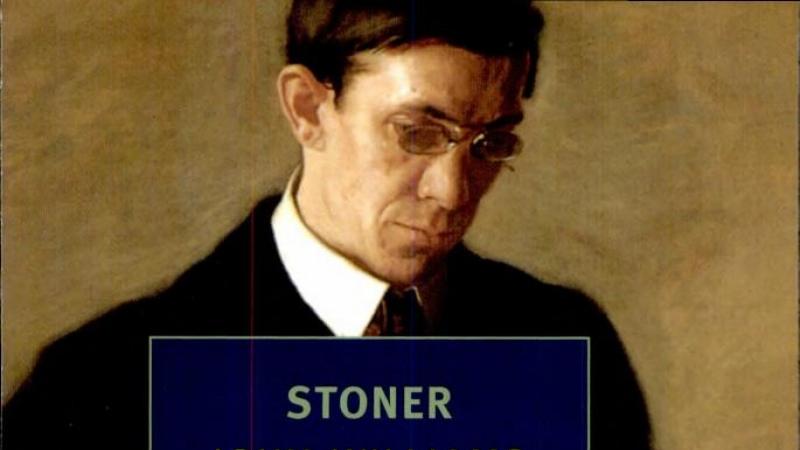 My name is Steve Almond and the book I want you to read as soon as possible — actually, you could actually be reading it while I'm talking to you, it's that good. And I'm that boring. That's a novel called "Stoner."

It was given to me many years ago by a friend of mine, and I can tell you that I thought it was about something very different from what it actually turns out to be about —the book is not actually about any kind of drug fueled exploits, and may be the quietest and most restrained book I've ever read.

It's about a man named William Stoner. The first couple of paragraphs essentially announced to the reader that he was an academic, that he studied medieval literature and he taught for many years at the same school. He did not go off to World War I and become a war hero. He was not involved in any major intrigue. He is mostly a forgotten figure, forgotten to his colleagues and his students. They don't think about him at all.

It's the strangest opening to a novel I've ever experienced. And it's also completely hypnotic. The book is about one man's life. And it really represents those of us who are really which is most of us who are going to be forgotten by history — which is most of us — and the message it sends is that if you pay really careful attention to any life, it is absolutely gripping. And that's the kind of book that "Stoner" is.

William Stoner suffers through a terrible marriage. He has a beautiful, amazing, rescuing love affair. He engages in an absolutely crazy, silly, passive-aggressive academic feud that really ruins his life for a number of years. And he grapples with trying to be a good parent. "Stoner" is simply a story that grabs him at the crucial moments in his life, when he's having to make huge decisions they going to change the course of his life and that deeply moved him inside, and really slows down during those moments.

We see all the internal turmoil that it is to be a human being. Even a human being who's completely forgotten by history and not even that well regarded by his colleagues.

"Stoner" is suggesting just the opposite, that what makes our lives blessed and holy and worth living is the attention that we pay to our own lives and to those moments in our lives that are most exciting, exalted, terrifying, and beautiful.

It's an amazing novel.