What Does It Really Mean To Be A Born Again Christian? 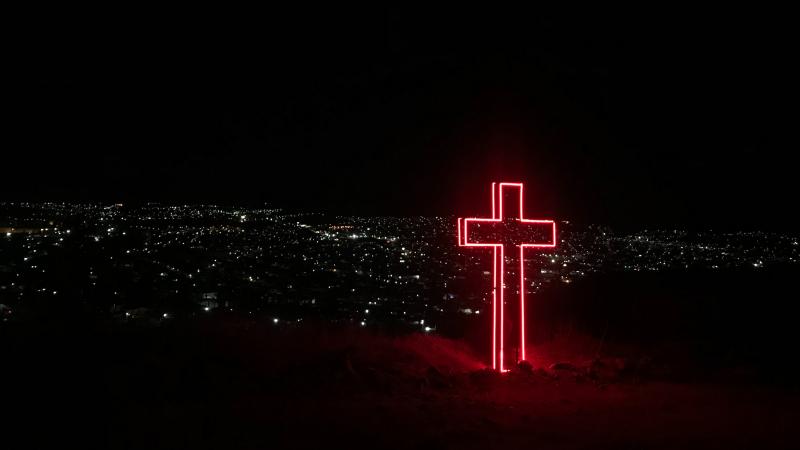 When Charles Monroe-Kane was a teenager, he was born again. He wanted to talk about the experience with someone who’s been through it, and unlike him, stayed committed to Jesus. So he sat down with Greg Cootsona — a Presbyterian minister and religion professor at Chico State University, who became born again in 1981.

Greg Cootsona: I had been waiting for a week to test out whether this desire to confess Jesus Christ as lord and savior was some kind of emotional thing or not. I went for a run. I was given over to 18-year-old flights of fancy. I wanted to run with Jesus a little bit. There was some sprinkling coming down and it was a kind of baptism. I ran up to the top of a hill overlooking the bay area which is just beautiful. And I knelt down and I said “Jesus I want you to be part of my life. I want to commit my life to you.” So it was a very specific moment for me. It was a very decisive moment on the evening of Sunday, February 8th, 1981.

Charles Monroe-Kane: I'm also a born again Christian. I was born again on August 10th, 1984. And my experience is different as it was more public. I was at a tent revival service. I remember when the altar call happened I went down and I became saved. I felt like a new person. I took it fully and went on to be a missionary in a couple different countries. I went to a Christian school as I know you did as well. I think the only difference in our two stories is that you still believe it and I no longer do. I don't consider myself a Christian anymore nor do I even believe in God any more. But I do understand and respect that moment of being born again because it was probably one of the most powerful moments of my life. But it begs the question, can someone to lose their born again status? Am I not saved anymore?

GC: Wow. That's a huge question. Let's go first to the evangelical answers. There are two sides. One would be if God decides you are saved and if you said yes to Jesus, that's it. Once saved always saved. And then there's there is the other side. It’s more about your confession of faith and then you could fall away. I tend to be more of a Calvinist. I believe that in Jesus’s coming, God demonstrates that God really wants to save all of us. And so we have the opportunity to receive that decision he's already made for us, or not.

CMK: One thing that comes up for me when I think about my past as a born again Christian is witnessing. For people who don't know what witnessing is, it's when you proselytize. You go out to find people that aren't saved and you try to convert them to Jesus. I did that a lot. I would go to the mall. I did it in other countries - in China and the Philippines and Haiti. I was out there converting souls. I was trying to get people who didn't believe that Jesus was their personal lord and savior and to come on over and join our side. Do you witness?

GC: I think the answer in some ways is yes. I would say that my witnessing is probably by many evangelical standards not very good. I don't, as it were, share the faith and call people to close the deal and confess Christ. At one point of my life there was more of that. I remember when I was involved in college with a Christian ministry called Campus Crusade for Christ. We were out doing what they called a scavenger hunt during a conference.

GC: You've done it? You know, walking up to someone any saying: “Do you have a ball of string? Do you have a magazine? Do you know the four spiritual laws?”

CMK: Do you believe in Jesus?

GC: Do I think that all people who aren't born again are going to hell. Uhm. That's a good question. Well, It's not. I guess it's not something. . .

GC: No, not necessarily. I just don't know what the future of those people is. The thing that I would put the accent on is that it's through Christ though. I mean that Christ really is the revelation of God. It's not a pluralistic all roads no matter what lead us toward salvation. But I don't think it's black and white either. Did you have that confession of faith? Did you accept Jesus Christ as lord and savior at some point in a worship service and therefore that's the only way a person can be saved? I don't think I could live that way to be honest. And I don't find it to be true to the entire sweep of Scripture. If it seems I'm finding that things are much more complex than people want to make it, that's probably where I'm landing. But the simplicity is that God loves us and that's what I want to keep reminding people about and to enter into it because it's really a beautiful thing.