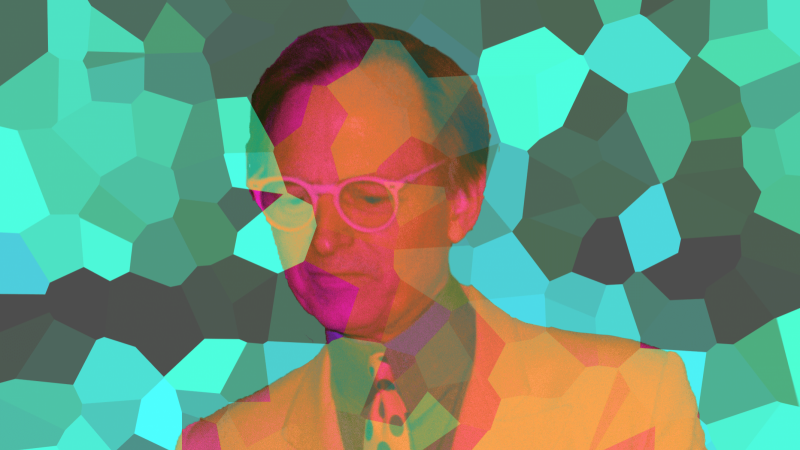 Wolfe leaves behind a legacy of famously colorful works of nonfiction like “The Electric Kool-Aid Acid Test” and “The Right Stuff,” as well as novels such as “The Bonfire of the Vanities” and “I Am Charlotte Simmons.” He talked with Steve Paulson in 2006 and 2012, and his insights reveal his basic philosophy about both good journalism and good fiction. He believed that authenticity had to be rooted in real-world detail, observed with a careful eye. Otherwise, the work — even in the case of fiction — risked ringing hollow.

I discovered that to satisfy myself, I had to go out and do the same amount and same type of reporting that I did for nonfiction. I believe firmly now in Emile Zola's doctrine of naturalism. He would go into one area of French life after another, doing this magnificent reporting ahead of time, and then sitting down with this material and writing. I'm thinking of a book like "Germinal," which is about the French mining workers, or "L'Assommoir," which loosely translated would mean "Gin Mill," about the slums of Paris. Such a feat would seem impossible: here is very much a bourgeois individual, no experience in the slums of Paris, who just went in there wearing his stiff top hat and coming along with merely some pads and quills and taking notes.

And this was not a casual literary opinion. For Wolfe, the stakes could not be higher.

I insist that this is the only future of the American novel. Otherwise the novel is simply going to die, and young people — who are already much more interested in film — will ignore it.

Speaking with Steve, Wolfe claimed that post-WWII literature took a wrong turn away from naturalism, ignoring the storied tradition of the great American novel:

There’s a great period in the American novel which starts with Theodore Dreiser's "Sister Carrie" in 1900 and goes up to writers like John Dos Passos and F. Scott Fitzgerald, Sinclair Lewis, Edith Wharton, Zora Neale Hurston, Ellen Glasgow, Richard Wright, Thomas Wolfe — my namesake — and Ernest Hemingway and Faulkner - and finally ending in 1939 with Steinbeck's "The Grapes of Wrath." Then suddenly after the Second World War, young talented American writers turned away from the great triumph of American literature, which was the novels of the first 40 years of the 20th century.

Now, I don't think we've felt inferior to the French in anything for a long time except matters philosophical and literary. But starting in the late 1880s, the word in France was that the novel of social content — the muck and dirt of life — was grossly inferior to the novel with psychological nuance.

By the time Steinbeck won the Nobel Prize for Literature, the fashion had shifted so far that there were people who were outspokenly attacking the Nobel committee for giving such an award to such an inferior writer as John Steinbeck. It was an extraordinary change brought on solely by considerations of keeping up with French fashions.

Wolfe’s criticism of American literature was…a bit contrarian. But it’s hard to deny the influence that social realism had on what would become The New Journalism. Citing George Orwell, he said the unflattering detail is an effective literary tool for humanizing a character, real or imagined.

George Orwell said autobiography is “the worst form of fiction” because people are willing to admit to the most heinous crimes and the most vicious deeds and the most mortal sins, because somehow that makes them colorful. But they never confess to their humiliations, which after all is what makes up 75 percent of life, says George Orwell.

I tend to agree with that. I can remember the slights that I have suffered back to childhood. It's terrible. And I dare say there are lots of people like me, who feel that way. One of the ways of capturing what goes on among young people, who are so status conscious, is to record their humiliations.

What comes out clearly in his conversations with Steve is that Wolfe tended to see good stories as the background radiation of the American experience —they’re happening all around us, all the time, if we only bother to look. And they document in sordid detail the truth of how absurd people can be. A favorite target of his? The art world.

[One new form of art] — new to me, anyway — is called "no hands art." A good example is Jeff Koons who – well, he doesn't touch them, but his "elves" do – who builds forty-five-foot-high bunny rabbits. He also does these balloon blow-ups that people can do at carnivals. You twist the balloon this way and that, and you can end up with something like a dog. He has these done and then he has them covered in silver or gold and they sell for extraordinary sums — we are talking more than a million dollars in some cases — for a toy balloon.

He also had himself photographed with a famous Italian prostitute — she was famous because she had been the center of a scandal in Italy — and he had some photographs taken of the two of them having it about any way you could possibly penetrate any orifice in the human body. These photographs — which he didn't take and never touched — were sent to elves in Switzerland and turned into three-dimensional glass objects. Also bringing in millions.

These are the sides of contemporary art that, to me, make great journalism. I've never passed an aesthetic judgment — not one — on anything in the art world that I have written about. I just described exactly what's going on. In a country like this, things are so bizarre. I love it. You're not going to run out of fabulous material.

In a time when we often hear bleak predictions about the future of journalism, Wolfe offers up optimism that the eternal flame of a good story will always burn bright. He believes the most important thing a writer can do is go out into the world and bring back authentic, lived experiences for the reader to absorb.

I think if you settle in anywhere in this country for 30 days — even the most miserable little town you ever heard of — you're going to find great stories. If you leave the building — a lot of writers just don't understand that — and look around, take notes or record conversations. That's all it takes —there's no skill to reporting. It's very simple.