Can We Not? How The Pandemic Has Made Burnout Worse Than Ever 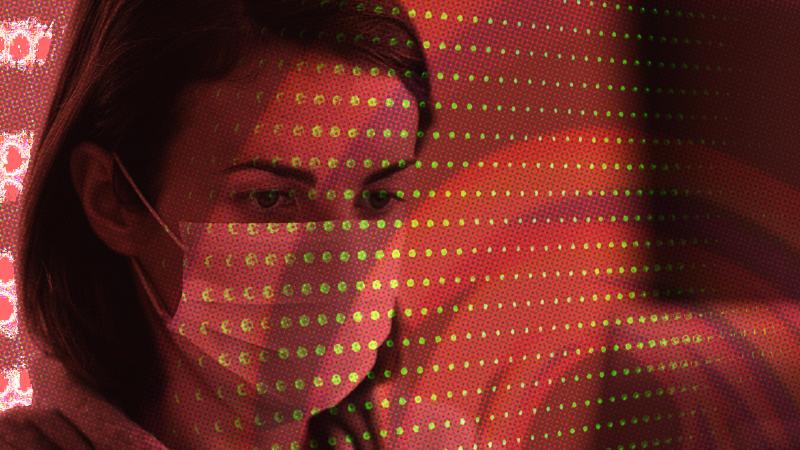 At this moment in the pandemic, many of us are exhausted. Bone-tired, burned out, even if we won’t admit it. Work, home, school, and even the hours and days and months are blurred together.

So, what should we do about it?

"To the Best of Our Knowledge" host Anne Strainchamps talked with Anne Helen Petersen, author of "Can’t Even: How Millennials Became the Burnout Generation," about feeling overwhelmed at this particular time.

Petersen said a great realization came to her when she noticed burnout isn’t always about total collapse — in her own case it appeared as the inability to accomplish seemingly small tasks, like mailing a package or finding her dog’s registration number.

This transcript has been edited for length and clarity.

Anne Strainchamps: You're juggling work, dog, kids, Zoom calls. It all felt like a novelty at first, but it's wearing pretty thin for everyone.

Anne Helen Petersen: Yeah, I think we're also entering into the period where any sort of resolve or endurance is running really thin. There was a piece that went viral earlier this summer about how our surge capacity has been depleted.

AS: Plus there's this feeling of "When will it ever end?"

AHP: I think about burnout in some ways as characterized by not having any sort of catharsis at any point. You just keep going. Like, what is a weekend? Really, I do not know what changes in my life on a weekend in any capacity. And also the things that we, before the pandemic, used to (have to) punctuate our lives in terms of celebrations, birthdays, accomplishments; all that's gone, right? You don't have any highs or lows, it's just this flat background noise of exhaustion.

AS: That's interesting, until we were talking right now I had not necessarily thought of that as burnout. Do you feel like a lot of people were already kind of burned out from work, and now it's just 24/7?

AHP: I think it's really interesting that the World Health Organization designated burnout as occupational. This was in the summer of 2019. Because I think Americans and millennials in particular, but also some other people, (believe) there is no delineation between your occupational self and the rest of your self, right? Work spreads into all corners of millennials' lives in particular.

AS: Why millennials in particular?

AHP: So, it's not as if overwork or the portability of work is necessarily new. It's more that because of the timing of millennials entering into the workforce, either graduating from high school or from college, into the Great Recession or the aftermath of the Great Recession, you were working just to make ends meet or to even land a job. You were working all the time for very little, and trying to distinguish yourself by your capacity to work at all times.

AS: And at the same time I do feel like in the pandemic, technology has somehow gotten even more exhausting.

AHP: You know, I wonder how much of it has to do with just our constant yoked status to our screens. A lot of people are on Zoom meetings and also looking at their phones, always being attentive to all of these different screens. It just becomes, even more than before, the source of all the stress in our lives, whereas before I think it was a little bit more diffused.

AHP: Yeah, and I think that there's a lot of discussion, and this is something that I am researching for my next book, about what the future of work from home would look like, because right now there's so much resentment. I want to go back to the office. But the office wasn't that great either.

So how can we look at this as an opportunity to see some of these larger fault lines in the way that we organize work in our lives, and think about how when this is no longer mandatory, how we can shift a lot of things around?

AS: To just complete the story of work that we're talking about, you and I are two people who are privileged enough to still have jobs. And to be able to work from home. I also feel like I can't complain compared to the situation so many people are in, having been laid off or furloughed. I have millennial-aged kids, one of them just graduated from college, and he doesn't have a job yet.

AHP: I think this is a trick that capitalism plays on us in terms of, as long as you have a relative amount of stability, then you shouldn't advocate for anything better.

And I think what we need to think about is not just what's wrong in our own lives, but what is wrong on a societal level, on a community level. And how can we think about making things better not just for ourselves, but for everyone. And that includes recognizing that things aren't good for you right now, they're not as bad as they are for people who have lost their jobs, who are getting evicted, all sorts of other things, right, Like there are so many things, so many ways that people are suffering in this moment. But until people who are relatively comfortable can acknowledge that they don't want things to be this way anymore either, then we can't arrive at this sort of consensus that's necessary to make those big changes.

AS: You have to get past seeing it as personal. "Well, I'm not keeping up, I should be ... I'm a bad person for not answering all my email, or having trouble with work-life balance." But recognizing that it's a systemic problem and that the same problem that is making you feel like, 'Oh, it's my fault for not working harder,' it's exactly the same system that is keeping other people from even getting a job, let alone being well paid.

AHP: Exactly. So it's not a personal failure that you can't do your errands. It's not a personal failure that you feel exhausted all the time, that somehow you can't grasp at that ever-elusive happiness that we're all supposed to be aspiring to. It's that society is organized in a way that is making it really impossible for all but a very select few to find stability and happiness in the way that we think of it now. So, if you think of it that way, then the only way that you can find it is through society changing. You can apply Band-Aids — in non-pandemic times (that's) things like vacations, massages, the overarching umbrella of self-care. But again, the wound is still gaping.

All of these things are just designed to make you more productive so you can work more. They're just to make you a better work robot. And, so I think we have to look for solutions that are not fixated on optimizing the self, but on re-introducing stability that allows people to care about other people instead of focusing on themselves.

AS: What kind of cultural changes could we work toward in the meantime? I think the most profound change happens when it is both political and personal. We were talking about that feeling of perpetual guilt. "I didn't answer all the email," and, "It's 10 at night but my coworkers are still on Slack, I should really answer them." There's also, I think, a cultural shift that needs to happen. I don't know what it is. We get better at saying "No," or we try to value laziness? I don't know what it would be.

AHP: Well, one thing is to think of ourselves and our actions as part of a larger system.

So how are the things that you are choosing to do to grapple maybe with your own burnout, how are those causing more burnout in others? Whether it's like "Oh, I'm just going to shoot off some emails to solve my own anxiety at 10 at night, I don't expect anyone to respond to them." You don't think about the fact that like, "Oh, when that arrives in my coworker's inbox, even if I don't expect them to respond to it, they're going to feel that compulsion." They will have internalized that compulsion to respond to it as a way of signaling that they are working hard.

AS: So what have you found for yourself personally that helps, what are you doing differently for burnout now?

AHP: First of all, I try not to judge myself. It just exacerbates it, right? You just feel like you're failing at preventing your own burnout, which just causes more burnout, it's another thing to fail at. So I just try to figure out corners of my life that can be quieter. I can cultivate solitude; I like the definition of solitude as freedom from other people's minds.

AHP: So for me, I love going out and gardening, or going on long walks with my dog, and not listening to a podcast. I love podcasts, but I think sometimes we fill our minds with other people's voices in order to not actually have the rest that our minds require.

AHP: You’re turning into someone who actually likes hanging out with your own mind.