Chris Ware on 'Society Is Nix' 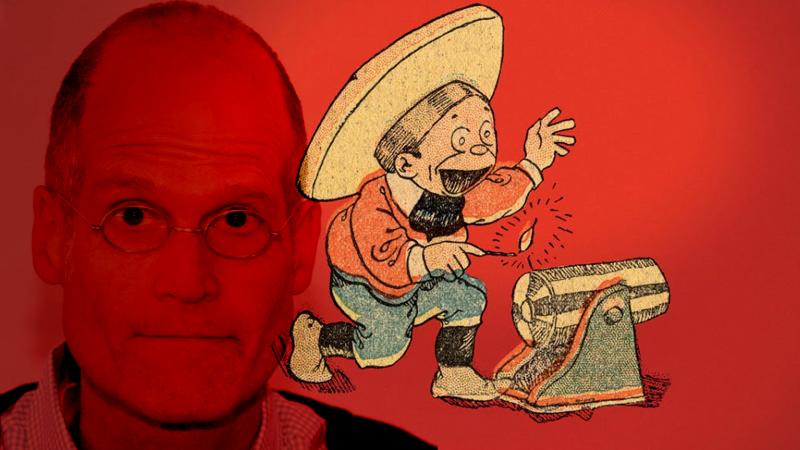 Fascinating to read AND beautiful to look at — a book can be both, especially if it’s by Chris Ware. The wildly inventive cartoonist and graphic novelist gave us “Jimmy Corrigan, the Smartest Kid on Earth,” and “Building Stories,” the oversized 3-D graphic novel so big it came in a box.

When he’s not drawing, Chris likes to read and look at vintage comics. He highly recommends a book that defies even his powers of description — a folio-sized reproduction of some of America’s first newspaper cartoons, made long before super-heroes and adventure stories took over the medium. Back then, he says, the medium could be anything — and was.

Chris Ware: The most obvious thing about it immediately is its size. It is the size of an old-fashioned newspaper broadsheet page, and there's a reason for that. It reprints full-size newspaper comic strips — from the turn-of-the-century up until about 1920 or so — in all of their color and on nice paper.

The most amazing thing about this book is how incredibly experimental and avant garde it is. Most of these pages are over 110 years old and there's more interesting visual experimentation, narrative experimentation, and simple, strange, weird human honesty about what was going on in America at that time — it's like the top of the American pumpkin was cut open and you just plunge your hand in and come out with stringy slop and seeds. But it's a beautiful example of cartoonists trying to find out what this new medium possibly could be, and they really have no idea. It's a wonderful time in the history of comics because every single page is an incredible experiment in 'how do I tell a story visually?' and 'what happens when I put one picture next to another picture?' and 'what happens to the overall composition of the page?'.

There's more about what it feels like to be alive than there was in the comics of the 1940s and 1950s — little details of how people were living their lives, how the world felt at that point, how a chair felt, what it looked like, how people emoted, whether it was drawing hair or Buster Brown crying. Crying is just horrifying because it's not a cartoon drawing, it's an actual drawing of a child crying. It's genuinely disturbing.

I feel like I'm not doing this book justice. You really need to see it.

I mean, there's nothing more annoying than doing the public radio thing — like occasionally they'll talk about a recipe and they'll make it on-air and then you have to hear the host eat it — which is so disgusting — and they've got to say "that's really good!" So here I am, turning these big, floppy pages and you can only imagine how wonderful it looks, I'm doing it no service at all. All I can say is, I would highly recommend it, it's worth it to me, and I feel like this is THE American art.