In Defense of Liberals 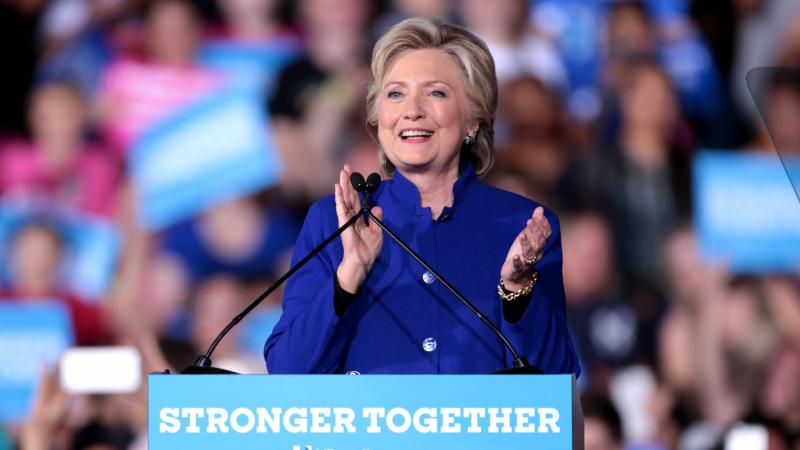 The battle between radicals and liberals on the American left has been going on for a long time. Part of it's a generational thing. Young activists have always sneered at their establishment elders. Part of it’s political fashion. Not everybody wants to be called a liberal these days, but Sean Wilentz does. He's a leading American historian and a proud liberal.

To the Best of Our Knowledge Executive Producer Steve Paulson asked for his take on the new pink tension in Democratic politics.

Steve Paulson: Sean, a lot of people are saying that we are living in a socialist moment right now. Do you think that's true?

Sean Wilentz: No, but I do think there's been a resurgence of interest in socialism. There's a resurgence of socialist politics. But the idea that somehow socialism is the wave of the future either for the country or the Democratic Party — I'm very skeptical.

SP: There’s a big debate about what socialism actually means. Some people say it's just another way to describe the progressive wing of the Democratic Party. But are you saying it's something fundamentally different?

SW: The history of socialism, the socialist movement, goes back to the 19th century. Eugene V. Debs was a socialist candidate for president. Norman Thomas was there after, and they had a very distinct view of politics as a class struggle and ultimately politics as revolution. Especially in Debs’ case, there was a view that capitalism was a rotten system that had to be replaced with a system of public ownership. And that's what socialism basically was and in some sense it still is, if it has a coherent definition. But like everything else, the socialist movement the socialist politics have evolved. They've taken different directions. When the New Deal as Thomas said, stole everything from the Socialist Party and they weren't going to carry out the socialist program except on a stretcher. But nevertheless there was a convergence between liberals, New Deal liberals, and socialists.

SP: Let's jump to the present then, because Bernie Sanders in his recent presidential campaign, didn't he basically try to reclaim Franklin Roosevelt's New Deal as socialist in nature more or less along the lines of what he is proposing these days?

SP:  And of course no one wants to be called a liberal anymore. Progressive is the preferred term now.

SP: Are you saying socialism failed? It’s not just that it was crushed by the Red Scare and the anti-communist hysteria but it just didn't work, and it never worked either in America or anywhere else? And it is never going to work?

SW: Yes, socialism as a system of public ownership, by the textbook definition of it. It didn't work in the United States, except in so far as it has pushed things further to the left. As a kind of pressure group, socialists have had a tremendous effect and a very positive effect in American politics in my view. But in terms of taking over building the United States into a socialist country, no.

SP: It seems like there are a few other differences between liberals and what we'd call progressives or socialists. Liberals are not inherently hostile to capitalism, are they?

SW: They understand that capitalism has all sorts of crushing problems. FDR was a liberal. That's the kind of liberal I'm talking about. And he understands that capitalism needs regulation, not in order to crush capitalism but to make it provide the kind of broad-based prosperity that we actually did see more of in the United States between, say, 1940 and 1975.

SP: So liberals like capitalism as long as it's strongly regulated.

SW:  Correct. They see possibilities for capitalism which hardcore socialists do not. The problem with that is, fine, show me the hardcore socialist program that's worked. People will argue with me about that, but that's the way I see it.