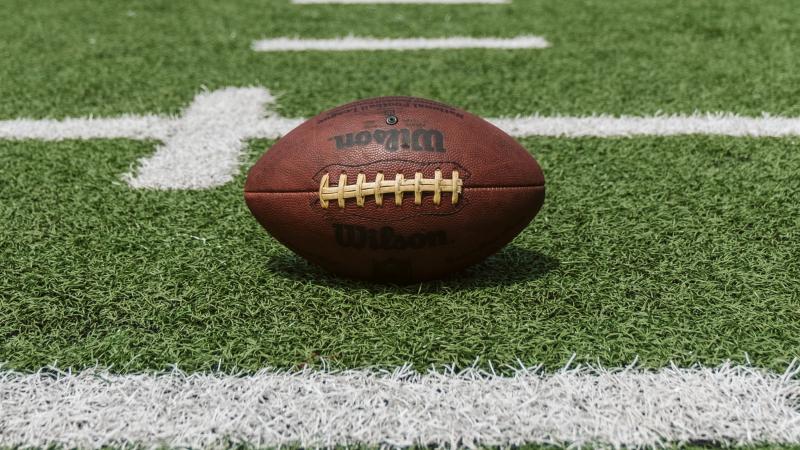 Point of attack. Defensive Line. Football and war have a lot in common. So if you're a fan of football, is there any way to make sense of all the violence? It's not easy, but it's something we've been talking about as we were putting together this show, and it brought to mind an interview Jim Fleming did with Michael Mandelbaum — a foreign policy and advisor to Bill Clinton who sees a lot of parallels between football and warfare.

Michael Mandelbaum: They both have to do with violence, but violence for a purpose. Both are about controlling territory. Both are hierarchical. The coach corresponds to the general, the field commander. In each case, the combatants each has a particular role to play that he carries out, but the overall design resides in the mind of a person who does not take part in combat. The vernacular of football — the long bomb, the blitz — is borrowed from war. And it's worth noting both of them are dangerous. You can get hurt playing football, just as you can get hurt engaging in battle.

Jim Fleming: Yeah, you've got, I suppose, some other similarities. "The long bomb" you were talking about is, I think you said in the book that it's like the artillery. The running back is like the cavalry. Yeah, you do have some metaphors that are drawn straight out of experience with war.

MM: And to complete the trio there, the linemen are like infantry. The so-called grunts are like the men who expose themselves to the greatest violence and who are responsible for capturing territory, and have been in war since the time of the ancient Greeks. So I say in The Meaning of Sports that somebody not familiar with football but familiar with the way militaries are organized would recognize a powerful correspondence there.

JF: Can you tell me about the ways that sports have replaced religion in modern society?

MM: The first chapter of "The Meaning of Sports" is called A Variety of Religious Experience, and I detail in that chapter the ways in which team sports in general fill some of the needs that in pre-modern times were filled by religion. Sports give us heroes, role models,  that correspond in some ways, although of course not in all ways, to religious saints. Sports gives us rituals. Sports even give us holidays. Super Bowl Sunday has become a kind of secular holiday, where everybody pays attention to what's going on, where there are lots of social gatherings. As a matter of fact, the Super Bowl now outstrips New Year's Eve as the principal occasion for parties in the United States. So in these and in other ways there is a real religious or quasi-religious aspect to our three favorite team sports in general.

JF: What does it say, do you think, about the American psyche that the sport we've chosen to honor most now, football, has so much in common with war?

MM: It's a very good question, and I speculate a bit about that in The Meaning of Sports. Indeed, I wonder whether football, because violence is at its core, and because we increasingly disapprove of violence, may come to be less and less popular as the 21st century wears on. I wonder whether it may someday go the way of smoking as a custom, a habit, a ritual, that once was regarded as normal, natural and admirable, but now seems unsafe. But at the same time, I think it has to be said that even in an era, that is, the present moment, when we are far more disapproving of war than we ever were before in our history, there is an appeal for violence. Violence has always drawn spectators, going all the way back to the public hangings in Great Britain in the 17th and 18th centuries. In fact, some have even speculated that violence is hard-wired into our genes as something necessary for survival on the savannah where Homo sapiens began. And if that's true, and of course we don't know whether it's true, but to the extent that it is true, there may be something almost genetic about the appeal of football, combined with the fact that while football does have at its core violence, it's controlled violence, it's non-lethal violence. So it may be a way of domesticating something that's both fascinating and inevitable and making it palatable in our 21st-century American society.

JF: Of course, this Super Bowl is going to be viewed on television all over the world now. Is it a fair representation of America? Can it explain America, in ways that we like and don't like, to the rest of the world?

MM: Well, it certainly represents one part of America. The love of spectacle, of great occasions, of colorful characters. It also, as I point out in the book, emphasizes a particular kind of authority, because the most important person on any football team, because of the way that football is structured, is the coach. But it's also true that our brand of football really isn't played in any other country in the world. In fact, in most countries in the world, of course, football means soccer. So the Super Bowl does exhibit part of what is distinctive and different about the United States, and it also exhibits something that a lot of people don't like about the United States. That is their view that we have a higher propensity for violence than other countries. I don't necessarily agree with that, but I think it is fair to say that that is one impression that global viewers of the Super Bowl might come away with.