How Coyotes Won The War We've Waged On Them 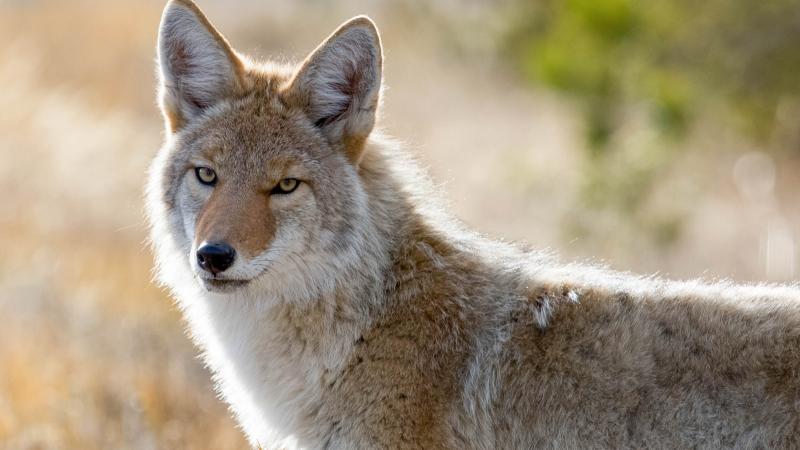 Although humanity has tried everything from poisons and gases to helicopters and engineered epidemics to wipe out them out, coyotes have thrived in the U.S. They can now be found in Anchorage, Alaska and New York City’s Central Park. Dan Flores is the author of “Coyote America: A Natural & Supernatural History." He recently talked with Steve Paulson about the coyotes’ staying power.

Dan Flores: They developed these evolutionary strategies for surviving persecution and harassment largely through interacting with wolves over the previous thirty thousand years of history before we ever arrived in North America. And so when we became the new persecutor, they just sort of transferred their ability to survive under that persecution to what we were doing to them. And, in fact, that persecution does lead them into a kind of a colonization mode. It sends out exploring dispersers to find new territories. And that's the primary reason why they're all over North America now.

DF: Oh indeed. Central Park in New York City is really kind of the last frontier of the coyote's range expansion. And I mean they’ve been in Los Angeles, that was coyote territory when Los Angeles was founded in the 18th century. So they've been there from the very beginning. I found good evidence, for example, that they were in the California cities of the central coast in the 1830s and 1840s. And in L.A., you start getting mentions of them in the beginning of the 20th century so they've always been there. But what's kind of astonished everyone is that as cities like Los Angeles have grown into these giant megalopolis conditions, coyotes have continued to thrive right in the midst of this urban sprawl.

SP: How did they manage to do that?

DF: Well, for one thing, there's pretty good evidence that they've been living around us and among us ever since humans came to North America. They probably were drawn to Indian camps because, you know, for better or worse, our settlements, our human settlements, produce a lot of mice and a lot of rats and those happen to be the prey that coyotes focus on. So coyotes seem to have been drawn to human camps from the very beginning. We know they were in cities like Tenochtitlan, the capital of the Aztec empire, now Mexico City, a thousand years ago. And so as soon as we came up with methods to control feral dogs and modern American cities, and we've got dog catchers and dog pounds and leash laws, that sort of opened up modern American cities to this invasion by coyotes.

SP: And yet you would think that a coyote in the middle of this city would not have much place to roam. Don't they have to sort of find some wild patches here and there?

DF: And they’re very good at that. Indeed, that's what they do, that's why we keep seeing them in places like Central Park and on the campus of Columbia University and in Chicago, in the parks along the railroad tracks, around the lake. They do seek out natural settings because, I mean, they are wild animals and they're preying primarily on rodents. But they seem to have figured out a way to not only survive in cities. But it even turns out in modern America that cities have become the equivalent of national parks for coyotes because nobody really hunts them, tries to trap them, chases them with planes or helicopters in the city. And one of the things we know that's happening now is whereas in rural America, coyotes usually only live to about three years old, in cities, they're getting to be 12, 13, 14 years old.

SP: Really? So what you're saying is over the course of centuries, there's been this really interesting relationship that has evolved between humans and coyotes. They kind of thrive together or coyotes sort of like to hang out near where humans are at. And you say in fact that the coyote is a kind of special Darwinian mirror reflecting back insights about ourselves as fellow mammals. In what way?

DF: Well, I think it really is, in part because coyotes are the rare animals that they not only share some of our own evolutionary adaptations. I mean, one I talk about at some length in the book is the fission-fusion model. There are only a few large mammals around the world that engage in societies, that can either be social where large numbers of individuals group together for some common end or very individualistic where singles and pairs of individuals tend to exist. And coyotes and humans are among the few animals that tend to do both things.