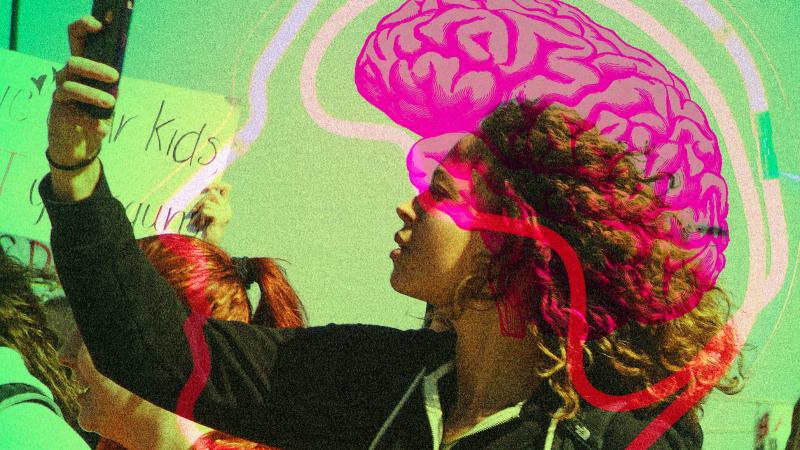 Frances Jensen is both a neuroscientist and a mother of two former teenagers who suggests adults give teenagers a "frontal lobe assist" in helping them make decisions, but that adults can also learn from teenagers by watching how they use social networks to organize and communicate.

She spoke with "To the Best of Our Knowledge" Executive Producer Steve Paulson about the positive plasticity of teenage brains as well as teens' propensity for risk taking.

As chair of the neurology department of University of Pennsylvania’s medical school, Jensen’s book "The Teenage Brain: A Neuroscientist’s Survival Guide to Raising Adolescents and Young Adults" was a national bestseller.

Steve Paulson: How exactly is the teenage brain different from the adult brain?

Frances Jensen: It's more different than we ever thought. The brain is the last organ in the body to develop and it is not done until your mid- to late-20s. Teenagers are therefore not adults with fewer miles on them. They're really learning machines.

SP: We hear a lot about the problems with teenagers, especially the impulsivity and risk taking. I'm wondering if there's a positive spin to take.

FJ: Adolescents get a really bad rap. Of course there are some negatives but there's also positives, and it's all coming from the same biology.

So yes, that novelty seeking and the ability to learn really quickly means that if they want to try a new instrument or if they want to learn a new language, they're going to learn this much faster than an adult would. In fact, you can actually change your IQ within your teen years.

SP: So, make the case for why more risk taking is actually something that we need.

SP: I’m thinking about those student activists in Parkland. They have not been beaten down by the world or become cynical about what is possible as so many adults are. I think that’s why so many of us have been so inspired by them, in that they have not gotten the message for instance, that changing gun policy is hopeless.

One of the hallmark features of the developing brain is their resiliency and it comes from this property of plasticity. Part of this is the resiliency that they're going to turn something terrible into something better.

SP: You've had teenagers yourself. Did you apply your knowledge as a scientist to your parenting?

FJ: I think we as parents and adults around our teenagers have to provide them with more explicit information because (the right choice) is not necessarily going to occur to them in a split second. This is biology playing itself out.

SP: Today's teenagers are the first generation that's been wired their whole lives. I wonder what kind of a difference that has made.

FJ: Their brains are actually wired differently than pre-internet generations of teenagers. Teenagers are so well networked. They can mobilize people really fast in a way that probably you and I can't.

Going back to this movement in Florida, that's got to be part of how they've pulled themselves together and that is something they're showing us how to do because adults are not really as good at that way of connecting at this point.

The question is what is too much.

How much is not age appropriate? How much is going to cause stress versus (is) good for the brain?

And it's all happening so fast. It's happening within half a generation.

SP: Maybe the way we should really think about technology at their fingertips is that's an extension of the brain.

FJ: I think you're absolutely right.

Millennial people say, "Why should I have to memorize that when I can just get it here? I can use my brain for something else."

We remap our brain on a dynamic basis. This is happening throughout your brain as you're learning different skill sets. It's constantly sort of redistributing resources if you will. The sky's the limit. It's going to be a very exciting to see what we can achieve.