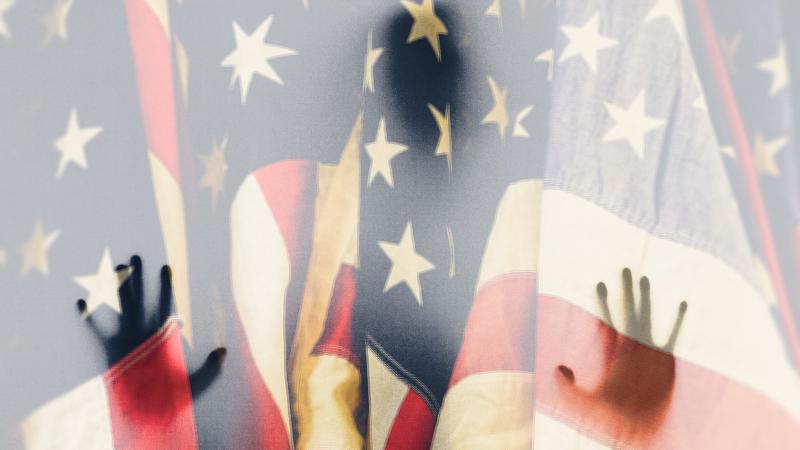 A ghost story for election season from listener Eric Van Vleet of Marinette, Wisconsin. This text has been lightly edited for clarity.

The 24 hour news cycle did not know how to handle his return.

President Marshall had come to power at a relatively young age. He gave the American people years of gleaming teeth and folksy phrases. When he finally passed away, they talked about revitalizing the two dollar bill in his honor. Then, after a dignified and widely televised funeral, the nation slowly forgot him.

Until his appearances began.

The late President Marshall first appeared at a car wash in Dayton, Ohio, where Gladys Summerland was waiting to clean her Buick Skylark. She'd been one of his supporters, and seeing him again nearly gave her a heart attack. She sold her story to a tabloid for enough to visit her sister in Boca Raton.

The late president was next spotted waving to onlookers at the Founder's Day Parade in Fond du Lac, Wisconsin. After that, he appeared at the Basque restaurant in Elko, Nevada, where he made a speech about the enduring nature of Americans' appetite for success — and apparently also for mountains of mutton.

The problem with the dead president's increasingly public presence was that the actual and presumably living candidates for his former office couldn't compete for media attention. With the election approaching its final months, the ghost of the former President Marshall began visiting the swing states.

At an appearance in Springfield, Illinois, crowds asked him to summon Lincoln. Instead, he announced his own candidacy as a write-in.

The other two candidates held closed-door meetings to discuss a possible alliance. With the reanimated former President Marshall polling so well, even if he didn't win, he could drastically skew results and upset the balance of power the two parties had fought so hard to entrench.

Legal scholars declared that since the late president had evidently begun his second lifetime, he was entitled to another two terms. The ghost candidate won a whopping 70 percent of the popular vote, including many states his party hadn't won in decades.

The two major party candidates vowed to find legal grounds for voiding the election, but the American people responded that they should concede, quit bellyaching and give the ghost president a chance.

Despite the spectacular circumstances, his inauguration was understated. Mainly, the ghost president just smiled and waved to the crowds. Afterwards, in the streets, people smiled a bit more and spoke more freely.

It was clear that they had finally found the candidate they'd been looking for all along.