Setting Too High A Bar For Success Is Running Us Ragged 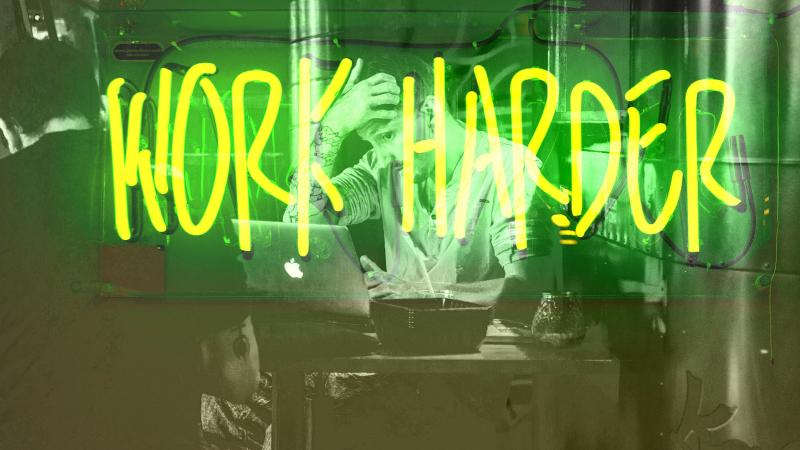 In one recent study, 50 percent of people surveyed said they often or always feel exhausted from work. That was across professions, up and down the career ladder. Harvard researcher Emma Seppala says that it’s because collectively, we’re falling for outdated ideas about success. Speaking to Steve Paulson, Seppala — author of "The Happiness Track" — explains why the modern workplace might not align with how our minds are wired to handle stress, and what we can do to better embrace our natural resilience.

This transcript has been edited for clarity and length. It's based on an extended version of this interview that aired on November 18, 2017, which you can listen to below.

What is it about contemporary workplace culture that makes us more prone to feeling burned out and overly stressed?

Aren’t there trade-offs between taking on more stress and getting ahead? Isn’t that just part of life in general?

ES: We know that stress can really help us move through that deadline, or escape that bus that's about to run us over. It mobilizes our mind — our attention and memory get strengthened — and we can really focus.

When we are very busy, we say "oh I better go get another coffee" or are always thinking of productivity in terms of an adrenal rush. We have to somehow be activating our sympathetic nervous system, which is that fight-or-flight response, in order to get things done. You live this way day after day, you will burn out and you will be miserable.

What’s different today compared to, say, 20 or 50 years ago?

ES: I think one of the reasons is we are seeing that the speed of life increasing every year, which is not surprising given the role of technology in our lives. We are simply receiving information so much quicker than we did in the past. We're also expected to send that back out just as quickly.

We're also being interrupted all day long. It's very difficult to have a steady stream of thought when you're constantly receiving e-mails and text messages and instant messages and phone calls. It's also gotten to the point where not only are we being interrupted but we've gotten into the habit of interrupting ourselves, in order to check our devices and so forth.

What about those of us who seek out that kind of high intensity stimulation? It's not forced on us by our job. We go after it, including in our spare time. It's a rush. But it sounds like you're saying it comes at a cost.

ES: We do love intensity. And there's a lot of reasons for that. It certainly served our ancestors. The question is: is it serving us now? And from what we're seeing, we really need to create some balance here.

We’re hearing about meditation all the time now. It's a household word. Everyone's trying it and in a way meditation is an extreme action. You're sitting, closing your eyes, doing nothing. For a culture that's so productive, that's extreme. We need sort of an extreme remedy for this extreme lifestyle that we're living.

So the question is: how can we cultivate resilience? There are natural ways to activate your parasympathetic nervous system so that you can have a more balanced day, more balanced nervous system. This is something we have to relearn. It's something that we knew how to do as kids. It's something you can observe in animals, that they're able to do that — one moment your dog’s chasing that ball like a maniac, next moment they're asleep. Same thing with your kids. But for adults, it's as if we can't turn off again.

In the research that I conducted at the University of Wisconsin – Madison, I worked with veterans returning from war in Iraq and Afghanistan with trauma. Trauma is basically when you are in such a state of stress and fight-or-flight that you have not been turned off ever again. You are unable to sleep and you're basically in the highest level of stress that you can be. These were veterans, many of whom had gone through programs at the V.A. — standard programs or medication protocols that hadn't worked for them. Many of them were self-medicating with drugs and alcohol at this point, because there weren't any other options left for them.

We did a breathing protocol with them for a week — sounds simplistic, but breathing is probably the most powerful thing you can use to access your parasympathetic nervous system.

What we saw with the veterans was that many of them came in extremely skeptical, as you can imagine. After a week, their trauma levels normalized. And a month and a year later they were still normalized. It's a huge impact that it had, and really what it was, it was sort of like reprogramming their nervous system to be calmer again. To be themselves again.

So how can we practice activating our parasympathetic nervous system on our own? Is it really as simple as breathing?

Taking a few minutes at your desk, closing your eyes and breathing out twice as long as you breathe in is going to calm your heart rate immediately, lower your blood pressure.

Those are some very simple things you can do. Do it at the wheel when you're driving in traffic. You can do it when your kids are having tantrums and you need to calm yourself down. The breath is one of the most powerful tools that we have that we don't know about and it's literally in our back pocket and it's free.