Stanley Crouch on 'Reasons of the State' 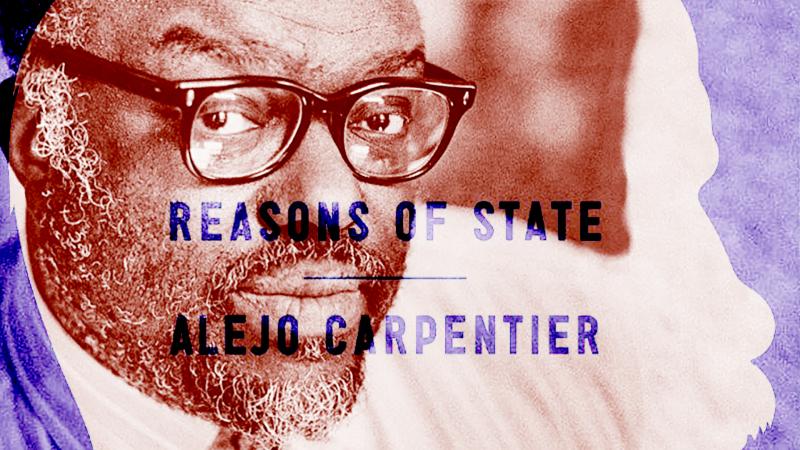 Photo illustration by Mark Riechers, original images from the cover of "The All-American Skin Game" (Amazon) and "Reasons of State" (Amazon).

For decades, Stanley Crouch has cut a singular path through American culture. Once an aspiring jazz musician and later a noted cultural critic, he was friends with Ralph Ellison and Albert Murray, and later an intellectual mentor to Wynton Marsalis. A recipient of a MacArthur "genius" grant, he has written widely on race, music and literature, and he’s never pulled his punches. As Robert Boynton once wrote in The New Yorker, “Crouch has a virtually insatiable appetite for controversy.”

For all of his intellectual virtuosity, we were still surprised to discover the book that Crouch wanted to recommend: Alejo Carpentier’s “Reasons of State.” Carpentier was one of Cuba’s most important modern novelists, and this book is considered a landmark in Latin American literature. In fact, Carpentier wrote it to win a bet with his friend Gabriel Garcia Marquez.

Stanley Crouch: I would like to recommend what I think is a great novel. His name is Alejo Carpentier, and he has an extremely fine novel that has been republished. I think "Reasons of State" is one of the major novels of the modern age.

The sheer virtuosic quality of the prose line that's not pretentious. Carpentier, as I point out in the introduction, is considered the father of what they call "magic realism" because he figured out how to make things be surreal, but based on reality. So you'll never see in one of his novels a cup that comes alive or something like that because his feeling was that reality itself is so bizarre that if you can get on the page what actually happens in the world, that'll be surreal enough.

And so what he does in "Reasons of State" is he takes a story which is the fall of a dictator, and he interprets the form through what would best be called popular literature and film. So he takes things and angles to tell you the story of this guy that could easily have come out of a movie during that time, or out of a newspaper, or out of a magazine. So he has this extremely broad style, but he constantly is an original.

I was talking to this really brilliant guy at the Village Voice; we were talking about Borges, Latin writers and this and that. This was in the late 1970s, early 1980s when I met Enrique Fernandez.

He said, "Carpentier. He's the guy at the top of the ladder. The rest of those guys are struggling to stay on a lower step. He's sitting on the top and they know he's sitting up there."