Talking About Sex Is Hard. Singing About It Is Easier. 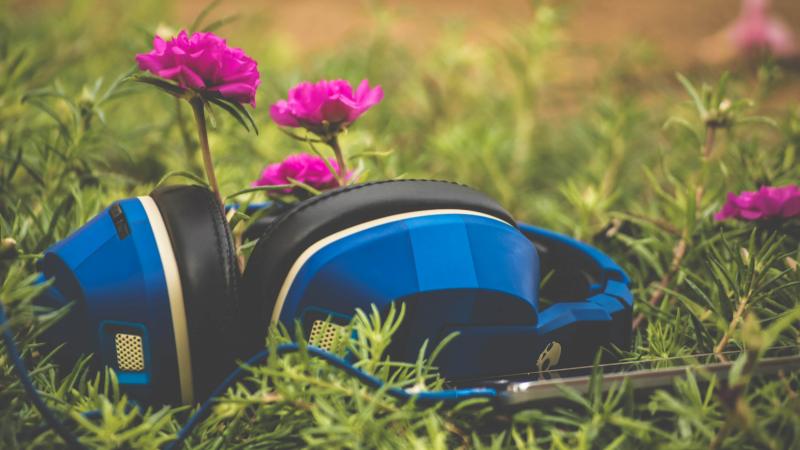 Ann Powers' new book is called “Good Booty: Love and Sex, Black & White, Body and Soul in American Music.”  In this sprawling history, NPR’s acclaimed music critic explores how popular music shapes American ideas and beliefs, allowing us to communicate emotionally and truthfully about our most fraught social issues — sex and race.  During a recent conversation with Doug Gordon for To The Best of Our Knowledge, Powers emphasized that Americans have long relied on music to express what we're afraid to talk about aloud, with some notable examples of pop culture that—while seemingly frivolous at the time—held incredible social significance in the long view of history.

Transcript excerpts below have been edited for clarity and length.

Two of the three sexiest moments in American music history (as ranked by Powers) pre-date any method of recording them. The third is a written letter.

Ann Powers: The first sexiest moment in music history is a myth–the mythical moment when the escaped, enslaved Bras-Coupé leaps into the circle at Congo Square in New Orleans and finds a partner and does a wild dance. That's a myth that reflects both white observers who were buying into the caricatures and also African-Americans who took pride in the figure of this rebellious outlaw, Bras-Coupé.

I guess the second sexiest I’ll mention is when Florence Mills in the production of the Broadway play, “Shuffle Along,” walks from the center to the edge of the stage, and this is in the 1920s, singing the song, “I'm Craving for That Kind of Love.” And she has a small voice, she has a different kind of voice than the belters that were popular at the time. And she has to walk all the way to the edge of the stage and look people in the crowd right in the eye to get her message across. And in that moment, the new woman is born, this new woman who can be intimate in a different way.

Now those two sexiest moments we have absolutely no record of. So the fact that even their stories have endured is incredible.

The third is a sexy moment from the dawn of rock and roll. Elvis Presley was performing at Atlanta’s Paramount Theater. And, as he often did, he invited some of his teenage girl fans backstage after the show. Genie Wicker — who was just 13 at the time — was one of those lucky girls, and she wrote this amazing letter. It's now called “the Kiss letter.” You can read it. It's in the Southern Folklore Collection at University of North Carolina at Chapel Hill.

And so, to me, this is the sexy rock and roll essence: here's Elvis backstage, having just delivered one of his incendiary performances. And here is one of his fans and he just takes this girl in his arms and he kisses her. And it is an explosion of desire and fulfillment all at once. It doesn't go farther than that. But it's a good long kiss, and that kiss between the teenage girl and the male rocker is such a complicated moment. But man, it really fuels a lot from then on.

At a time that people were afraid of sex — both talking about it and having active sex lives — Madonna made it okay again.

AP:  In the 1980s, when Madonna came up, America was dealing with a terrible crisis, the AIDS epidemic and that really changed the way that people thought about sex, how they engaged in sex. You know, there was a lot of fear around it at the very same moment. Women are continuing on their feminist journey to establish power in the world in different ways. And Madonna embodied that figure of someone who is feeling empowered to be independent but also realizing she is walking into a danger zone. Secondly, she identified super strongly with the gay community and could carry the message of how to live an erotic life in the age of AIDS forth to the mainstream. And then the third factor is a technological one which is MTV was just coming into power and she created this visual fantasy world that was equally important to her music just as a generation is having to recreate their own fantasies. And live through screen fantasies partly because of the fear of AIDS.

AP:  I think there's a habit of thinking among music fans and sometimes music writers to equate especially African-American music with a kind of honesty that can be reduced to primitivism. And I think that's completely wrong. I'm not saying rock and roll’s raw essence comes from people of color because they're more in touch with their bodies. That's a racist thing to say and that's not what I'm saying.

What I am saying is that when people were brought to this country via the Middle Passage through the African diaspora into oppression, they came with their "somebodiness" intact, their cultures intact — different cultures from throughout Africa and the Caribbean. There's a Latin influence as well in here and a Native American influence and these marginalized people communicated deep truths to each other and to themselves through music.

Music became the repository of the things we absolutely need to face that we just don't know how to face when we're just speaking to each other.