Getting inside the mind of a dog 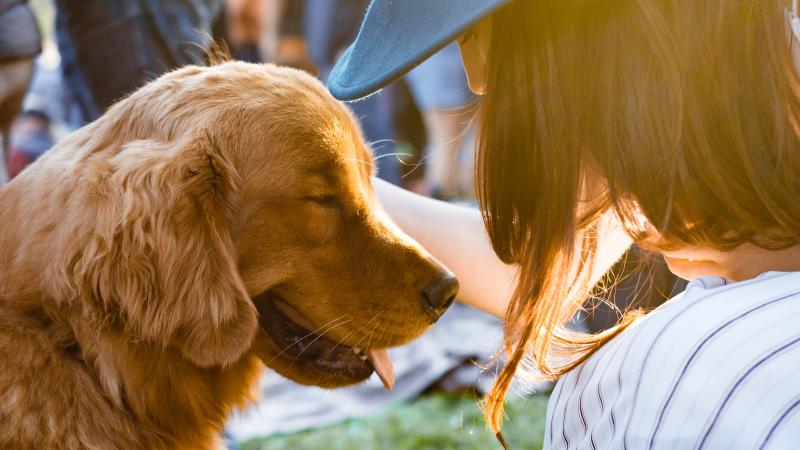 There aren’t many people who have thought as deeply and critically about dog-human relationships as Donna Haraway – the philosopher and eco-feminist theorist. If you haven’t heard of her “Cyborg Manifesto” or her concept of the “cthulucene”, then ust know she’s such an academic celebrity, and she’s the subject of a documentary – called “Donna Haraway: Story Telling for Earthly Survival.”

She’s also obsessed with dogs — their biological, cultural, political and personal history. Steve Paulson wanted to know more. Haraway and Steve had a longer conversation for the LA Review of Books, which included thoughts about octopus eggs and skinny-dipping in the phosphorescent ocean off Woods Hole.

Here's an excerpt from the print version of the interview in the Los Angeles Review of Books.

Steve Paulson: You’ve written about the notion of “making kin.” What does kinship mean to you?

Donna Harroway: Making kin seems to me the thing that we most need to be doing in a world that rips us apart from each other, in a world that has already more than seven and a half billion human beings with very unequal and unjust patterns of suffering and well-being. By kin I mean those who have an enduring mutual, obligatory, non-optional, you-can’t-just-cast-that-away-when-it-gets-inconvenient, enduring relatedness that carries consequences. I have a cousin, the cousin has me; I have a dog, a dog has me.

I first started using the word “kin” when I was in college in a Shakespeare class because I realized that Shakespeare punned with “kin” and “kind.” Etymologically they’re very closely related. To be kind is to be kin, but kin is not kind. Kin is often quite the opposite of kind. It’s not necessarily to be biologically related but in some consequential way to belong in the same category with each other in such a way that has consequences. If I am kin with the human and more-than-human beings of the Monterey Bay area, then I have accountabilities and obligations and pleasures that are different than if I cared about another place. Nobody can be kin to everything, but our kin networks can be full of attachment sites. I feel like the need for the care across generations is urgent, and it cannot be just a humanist affair.

You can read the full interview here.