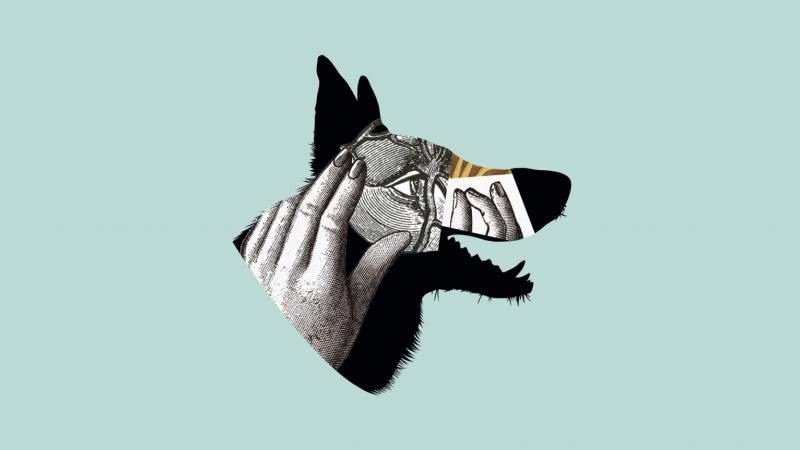 The novel, “Lives of the Monster Dogs,” tells the tale of a race of biomechanically-enhanced, hyper-intelligent dogs created by a Prussian mad scientist. With human intelligence and super-soldier strength, the dogs rebel against their masters and move to New York City to live a peaceful life in the manner of high-society Victorian aristrocrats. Kirsten Bakis wrote the story 20 years ago and it’s been a cult favorite ever since.  So why create a post-modern Frankenstein story with dogs at the heart of the tale?  In this conversation, Doug Gordon sat down with Bakis to find out more.

Doug Gordon: Kirsten, where did the idea for your novel, “Lives of the Monster Dogs,” come from?

Kirsten Bakis: I've always been fascinated by humans’ relationship to non-human animals, and dogs in particular, in that kind of tragedy of their position as citizens of our world. You know, they're not like cats where they really do very well living on their own without humans. They sort of need us. And yet they're not part of our world, they're treated as property in our world, and they're not valued. So that situation was always very compelling to me. So that's part of where it came from.

DG: While I was reading your book, I couldn't help but think of the famous expression, “man's best friend.” Dogs are often considered to be men’s, we should say and women's best friends. But in “Lives of the Monster Dogs,” man, in the form of Doctor Augustus Rank and his assistants, is really a dog's worst enemy. And you explore a lot of themes about the ways we mistreat dogs and other animals. Can you talk a bit about that?

KB: Yeah, I mean, it's horrible what we do to other non-human animals. I don't know where to start with it. I was vegetarian starting when I was a child, when I was 11, because I sort of realized that meat is animals and I didn't want to eat them. And we have such a strange attitude towards them. You know, we'll do things to a pig that if somebody did them to a dog, everybody would be calling the police. And yet it happens on a massive scale every day in animal agriculture to animals that we don't consider as worthy as dogs for whatever reason. I mean you know, and then we make up reasons like dogs are smarter. But they're not smarter than pigs or, you know, they can't feel pain any more or less than pigs can. So we, you know, we just very much use animals. You know, the bottom line is that we like to have dogs around our house and it's inconvenient to have pigs around our house. So it's kind of all about us. And I think that's slowly changing. I mean, it's changed hugely in the years since I wrote “Monster Dogs” and that's very exciting for me to see. So I think the tide is turning. But it's hard, it's hard to see ourselves in others, especially in others who can't fight back and don't have a voice of their own, you know.

DG:  Yeah. As you say, the tide is turning. It's a slow turning, it's not turning as quickly as we would like it to. But at least it's turning in the right direction.

KB: Well, you know what, that's such an interesting question because we always measure their intelligence against our own, right? If they can figure out what we're saying to them, we think they're intelligent. But we don't measure our intelligence by whether we can figure out what they're trying to say to us. You know, what does that mean? I mean, each creature has an intelligence that's suited to who they are. And, you know, of course we judge everything on a scale that puts us at the top and ranks everything beneath us.

DG: Sure. The way we humans think is, we automatically assume that our way of thinking is superior to an animal's way of thinking. We don't necessarily know that.

KB: Yeah I mean what does it mean? I mean if we’re the ones who define what superior means, then of course ours is going to be superior.