Helen Macdonald On 'The Dark Is Rising' 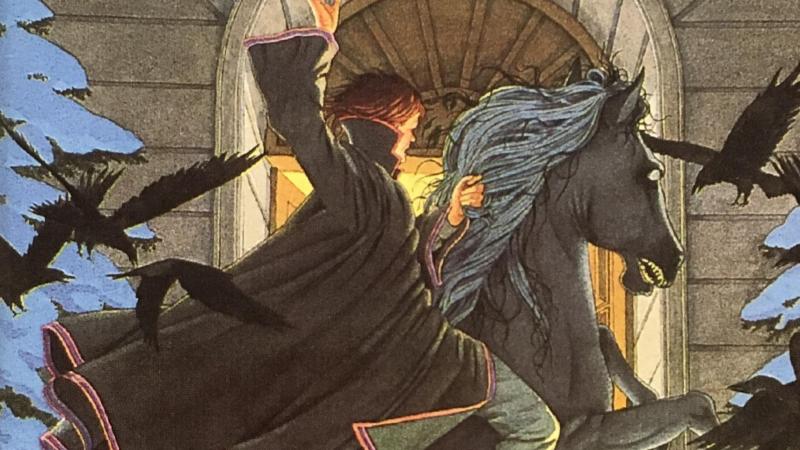 Every year, at holiday time, Macdonald reads this tale of a boy who finds out he's one of the "old ones," part of a series from author Susan Cooper. She says it reconnects her with a sense of wonder inspired by what might lurk beneath the surface of the seen world.

My name's Helen Macdonald — I'm the author of "H Is For Hawk" — and I want to recommend a 1973 children's book called "The Dark Is Rising" by the author Susan Cooper.

This funny thing happens in England every year: a whole bunch of friends of mine — on the winter solstice — we all read this book. It's a book about magic. Anyone who's read Harry Potter will know that there is a long history of books about small boys, when they're about 10 or 11, realizing that they're not normal, that they have magical powers. And this is one of the early books in that kind of tradition. It's about a small boy called Will who wakes up on his eleventh birthday to discover that he is, in fact, one of the "old ones." And his job is to protect the world against the forces of darkness.

This all sounds very, very clichéd but my goodness, I cannot recommend this book more highly. It's one of the most beautifully written fantasy books I've ever come across.

It made the English landscape sing for me as a child. It's full of snowy woods. It's full of Arthurian legend. It's full of Anglo-Saxon myths. It's full of everyday life. There are the most astonishing sequences which brim with eerie power of the small boy who has the power to light fires out of dead wood he sees lying on paths, and the panic as he realizes that — for some reason — he cannot put them out.

When you're small, you're prey to fear, you're prey to panics in a way that I think disappear as you get older. Whenever I read this book, those old panics about our place in the world and the limits of our powers come back bright as ever.

It's also a very poignant book. There are characters in here who suffer. There are characters who are caught out of time. And the whole thing is also about how we see the past in the landscape. This has been very influential for me — when you look at the landscape wherever you are in the world, it's very fascinating to try and imagine who stood there before you. And this book plays with that sense and plays with the stories we've told about the places we live.

Also it's got the kind of really cool things that you find in fantasy books, you know: Will has to collect a series of very important things of power — again, very Potter-like — and the whole book itself is part of a much wider series that deals with this great fight between the dark and the light. You know you can't mess around with that, as a topic.

So I really recommend you go out and buy this book and I really hope you'll love it as much as I do.